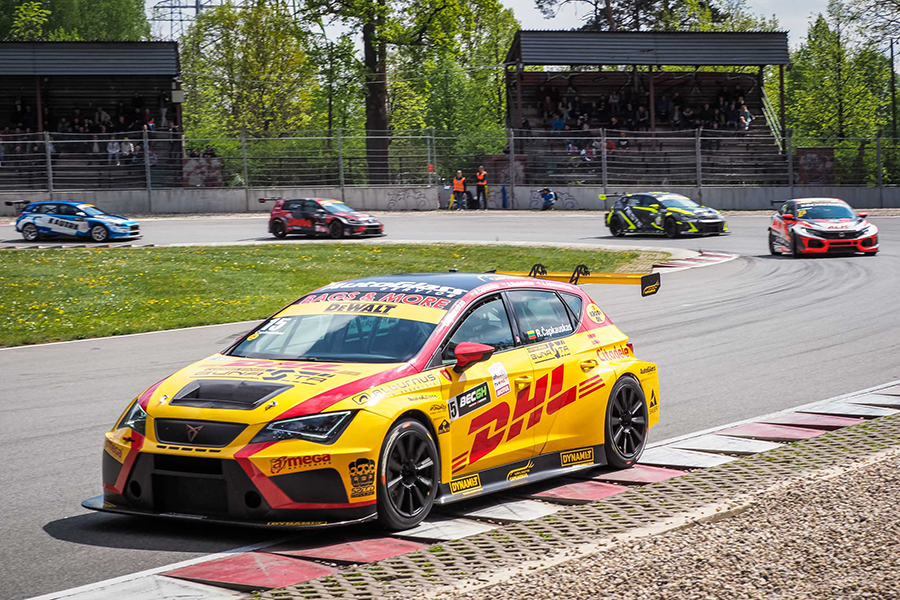 DHL Racing’s Ramūnas Čapkauskas and his CUPRA DSG dominated the two TCR races that opened the Baltic Touring Car Championship’s season at the Latvian racetrack of Riga Bikernieki.
In the first race Mattias Vahtel made a great start and took the lead in his Honda Civic, but Čapkauskas managed to pass him already during the opening lap and pulled away. Vahtel comfortably cruised in second place until the end, while there was a close fight for the third position between Julius Adomavičius’ CUPRA, Dziugas Tovilavicius’s Volkswagen Golf GTI and Egidijus Valeiša’s Hyundai i30 N that finished in the order.
Čapkauskas encored in Race 2 with a lights-to-flag victory. He started from the pole and led for the whole distance; Adomavičius passed Valeiša for the second place on lap 3 and began to chase the leader, but never got close enough to try an overtaking manoeuvre. On the last-but-one lap, Vahtel overtook Valeiša and won the fight for the third position.
The next race meeting of the BaTCC takes place at the Botniaring, in Finland, on June 15/16.