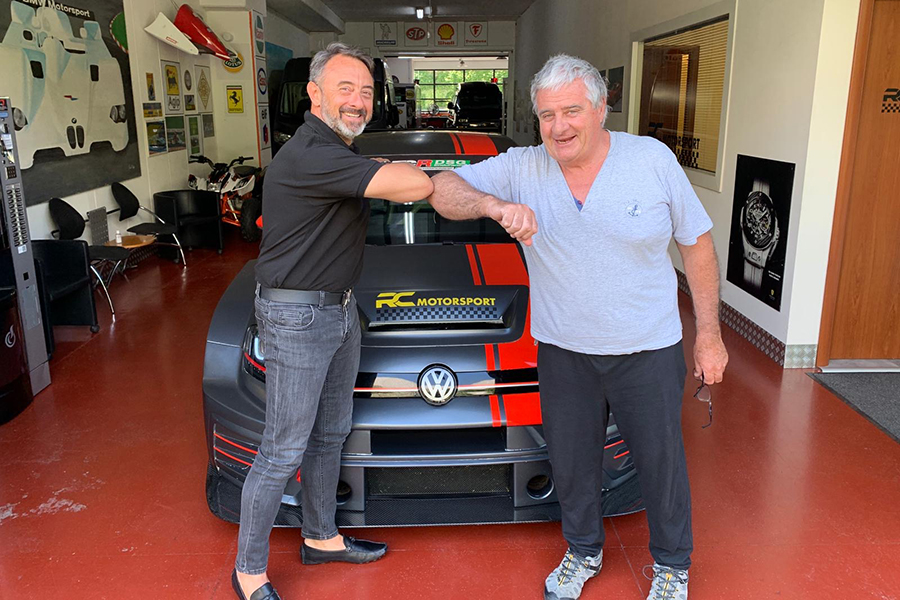 The RC Motorsport and Nos Racing teams will join forces to take part in the TCR DSG Europe series. The alliance will field two Volkswagen Golf GTI cars, one driven by Carlotta Fedeli with a co-driver still to be named and the second for the pair of Cosimo Barberini and Gabriele Giorgi.
Both cars will also compete for the TCR DSG Italy title, as they will take part in the Vallelunga event in December that will close the season of the Italian series.
Last year, Fedeli and Barberini shared a CUPRA DSG in the Italian endurance championship, claiming three podium results and finishing fourth in the final standings. As for Giorgi, he stepped up from karting to car racing two years ago, competing in the MINI Challenge Italia in which he won the Lite Class title.

“We are pleased with this partnership with Nos Racing,” said RC Motorsport principal Roberto Fedeli (left in the picture with Nos Racing’s Massimo Poli). “We are currently looking for a fast driver to partner with Carlotta and we are also planning occasional participations in the TCR Italy sprint championship.”