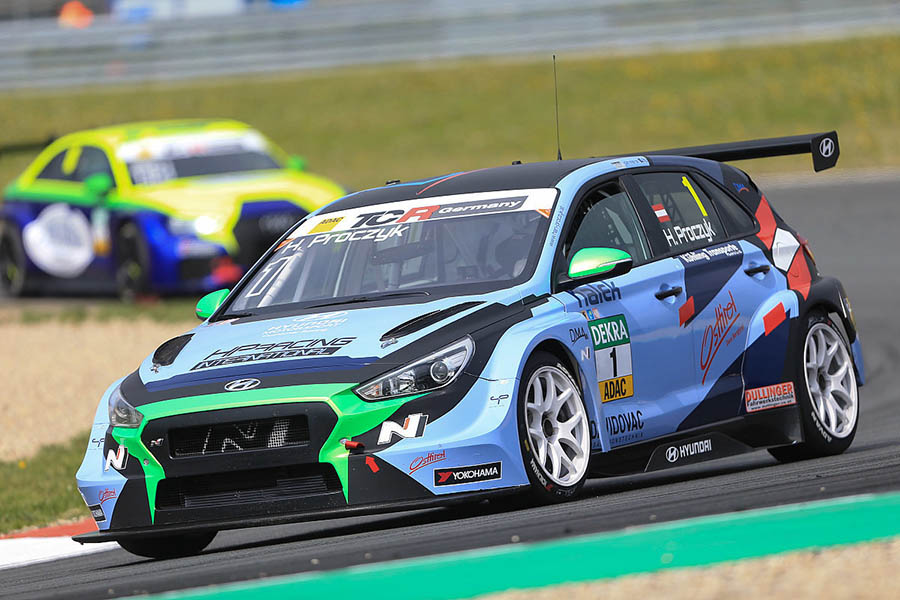 Harald Proczyk’s defence of his 2018 ADAC TCR Germany title started well, as the reigning champion set pole position for the season’s opening race at Oschersleben.
The HP Racing driver set only the sixth fastest lap in Q1, at the wheel of his Hyundai i30 N, nine tenths behind fellow Hyundai colleague Max Hesse of Team Engstler who clocked the fastest lap of 1:31.203.
In Q2, Hesse managed to improve and broke the 1:31 mark with a lap of 1:30.845, but Proczyk was even faster and claimed the pole with a lap of 1:30.666.
Mike Halder qualified his Honda Civic in third position, just ahead of his teammate Dominik Fugel, while Hesse’s teammate Théo Coicaud was fifth fastest.
Malaysia’s youngster Mitchell Cheah qualified an impressive sixth, best of the Volkswagen drivers and the Young Drivers Trophy; the fastest Audi was Antti Buri’s in eighth place, while Steve Kirsch ranked 12th in his Opel Astra.
Guido Naumann (Team Engstler Hyundai) and Michelle Halder (Profi-car Team Honda) qualified 10th and 9th respectively and will share the front row on the top-ten reverse grid for Sunday’s Race 2.
The first race will start this afternoon at 15:35 local time (CET); live at www.tcr-series.tv.