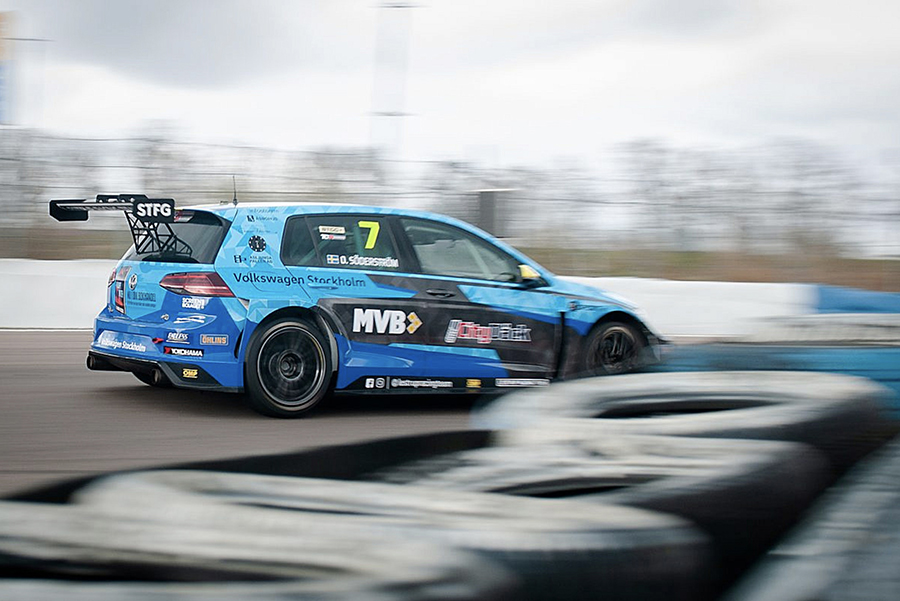 Thirteen cars took part in the official TCR Scandinavia test, Monday and Tuesday at Ring Knutstorp where track conditions changed from dry on Day 1 to wet on Day 2.
Lestrup Racing teammates Oliver Söderström (59.580) and Rob Huff (59.993) topped the timesheet in the dry at the wheel of their Volkswagen Golf GTI cars; they were the only drivers capable to complete a lap in less than one minute and were split by just three tenths of a second.
Mattias Andersson ranked third in his Lynk & Co 03 (1:00.286), four tenths behind Huff, while Mikaela Åhlin-Kottulinski (1:00.397) was four fastest in her CUPRA Leon Competición one further tenth adrift and Hugo Nerman’s Volkswagen completed the top-five (1:00.473).
In the second day, Tobias Brink’s Audi RS 3 LMS posted the fastest lap in the wet during the morning session (1:08.368), leaving his teammate Lukas Sundhal one second behind (1:09.360). Andreas Ahlberg set the third fastest lap (1:10.273) in his Volkswagen Golf and was followed by PWR Racing’s teammates Åhlin-Kottulinski (1:10.366) and Robert Dahlgren (1:10.437) who was the fastest in the afternoon session.