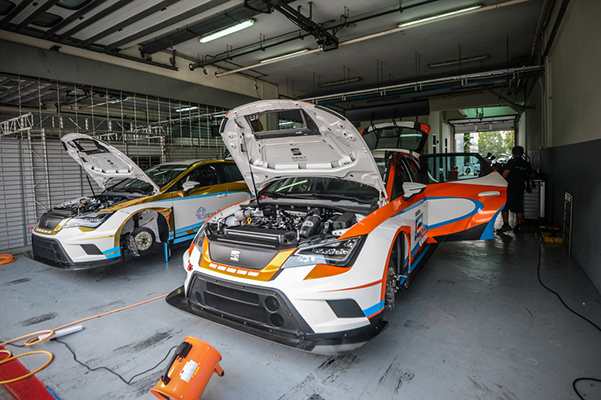 The Roadstar Racing Team unveiled its driver line-up for the TCR Asia Series that will kick off this weekend at Sepang International Circuit in Malaysia.
The team’s SEAT León cars will be entrusted to an experienced trio: Hong Kong’s Samson Chan, Macau’s Filipe Clemente de Souza and Masahiko Ida from Japan.
Chan has more than 20-years competition experience in Asia, in everything from open-wheelers to sporstcars. De Souza has competed in the Macau Touring Car Championship over many seasons with a best placing of third in 2009, and he was also a competitor in the World Touring Car Championship between 2011 and 2014. Ida has competed in a variety of series over the years including the hotly contested Japanese Super GT series, and Audi R8 LMS Cup.

“Walking down pit lane and watching the activity taking place in the garages as we get closer to this first event has been a real joy,”David Sonenscher, the TCR Asia Series promoter and the Asian region’s representative of WSC Ltd admitted.
“The Series has done just what we’ve asked of it, and attracted a variety of teams from all over the Asian region, and Roadstar is one of those that has seen the benefit of what this emerging new concept is all about.”

The opening meeting on the 2015 TCR Asia Series gets underway tomorrow with two 30-minute official practice sessions, although teams have been on-site at Sepang and testing for much of the week in preparation for this historic event.