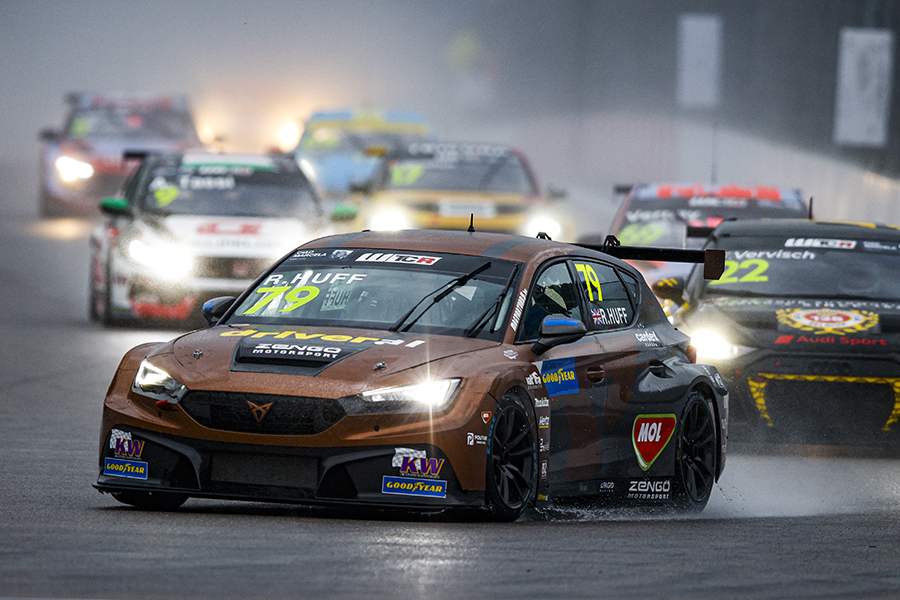 Rob Huff is victorious in the last race of the season

Rob Huff imitated his teammate Mikel Azcona in the WTCR season finale at Sochi and dominated the second race, presenting Zengő Motorsport and CUPRA with the second victory of the day.
The race started under a light rain, with Azcona sprinting from P2 to take the lead ahead of pole sitter Yvan Muller. In the middle of the field, Gilles Magnus and Attila Tassi came together and the Belgian’s Audi stopped on the track with a broken suspension.
During the first lap, Néstor Girolami passed Muller for P2, but the Frenchman retook the position, while another contact between Nathanaël Berthon and Santiago Urrutia saw the Uruguayan pitting and retiring with a broken suspension.
The safety car was deployed to recover Magnus’ car; at the end of lap 3, just when the safety car was leaving the track, Muller locked the front wheels into the penultimate corner and crashed into the back of Azcona’s car that spun and then limped back to the pits.
This promoted Girolami to the lead ahead of Huff, Frédéric Vervisch, Jean-Karl Vernay and Tassi. However, another contact between Kirill Ladygin and Bence Boldizs sent the Hungarian’s CUPRA into the wall, prompting the safety car back into action for recovering Boldizs’ and Muller’s cars.
The race resumed once more in lap 7, when Huff muscled his way past Girolami to take the lead after they swapped paints. The Briton began to build a gap, while there was a tough battle behind him for P2.
There were many changes of positions between Huff’s pursuers and eventually Vervisch and Berthon finished second and third, although the Frenchman is under investigation for having cut a chicane after overtaking Tassi for P3. The freshly-crowned champion Yann Ehrlacher was classified sixth between Vernay and Girolami.
These results meant that Vervisch and Vernay have finished the championship as second and third in the standings.
As for Gabriele Tarquini, his last race ended ingloriously in lap 9, when the Italian retired after crashing into the back of Jordi Gené’s car.