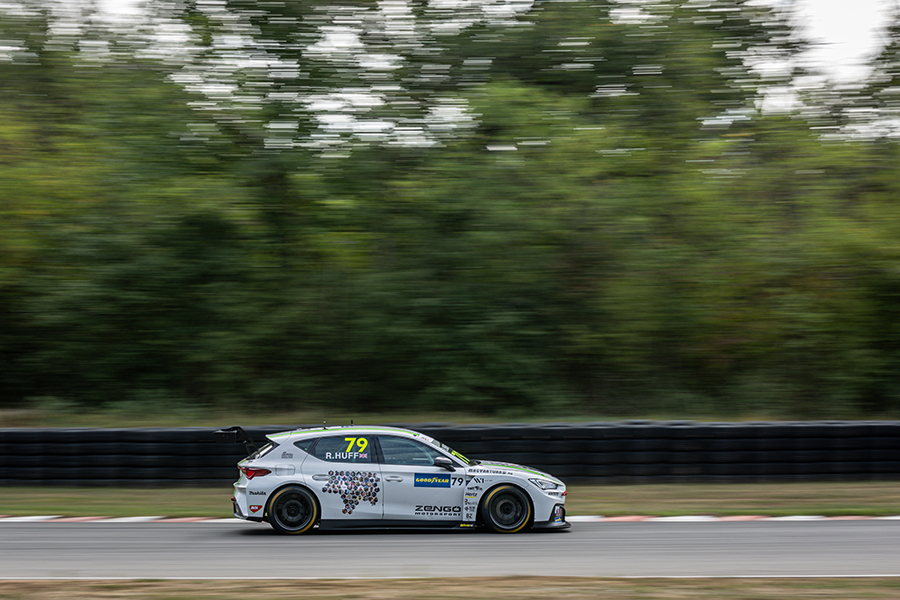 Rob Huff claimed his second win of the WTCR season in his Zengő Motorsport CUPRA Leon Competición in France, fighting to keep back Mehdi Bennani throughout the race. Meanwhile, Mikel Azcona scored vital points in the championship after finishing third.

Bennani started from the pole in his Comtoyou Racing Audi but was out-dragged by Huff’s CUPRA, and settled into second place behind him.

Norbert Michelisz was running third in his Hyundai, while Tiago Monteiro had a good start and was up to fourth in his Honda Civic. Monteiro however didn’t have the pace to keep the position and dropped behind the Audi of Gilles Magnus and then Azcona’s Hyundai over the next two laps, after which Azcona and Magnus became embroiled in the battle for fourth.

Huff meanwhile was just holding off Bennani’s Audi up front and was able to take the win by just under a second.

On the final lap, there was trouble further back as Tom Coronel’s Audi crashed into Esteban Guerrieri’s Honda while fighting for seventh position, which allowed Guerrieri’s teammate Néstor Girolami through to limit the damage to Azcona in terms of championship points.

Azcona continues to lead the championship, now on 241 points, with Girolami dropping to 35 points back, while Huff keeps himself in contention, 54 points behind.

The final rounds of the season will be announced tomorrow by the FIA World Motor Sport Council, replacing the previously scheduled rounds which were due to take place in Asia.