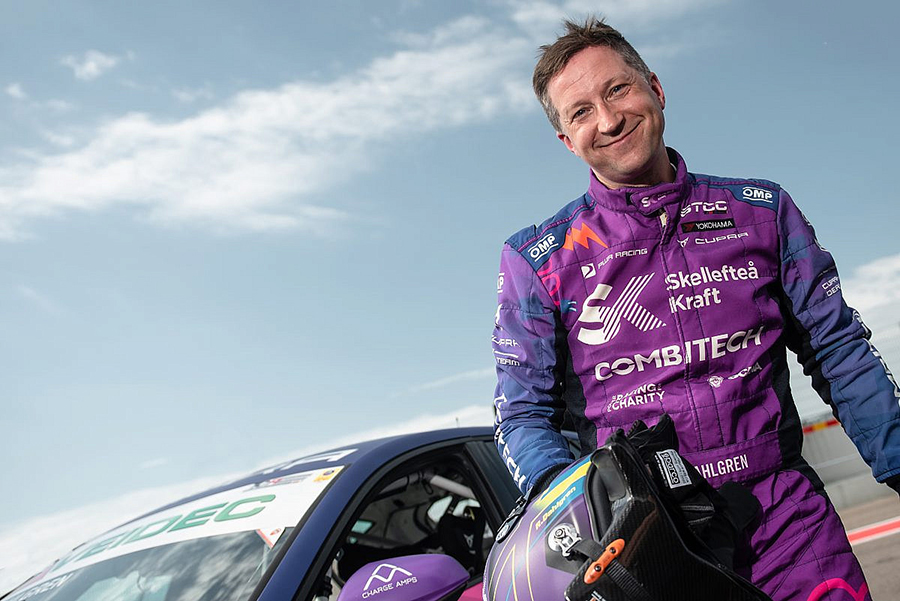 The 2021 TCR Scandinavia championship began at Ljungbyhed with a processional Race 1 that was won by Robert Dahlgren ahead of his teammate Mikaela Åhlin-Kottulinsky.
On a Mickey Mouse racetrack were overtaking is nearly impossible, Dahlgren led from the lights to the flag, converting his pole position into an easy victory. Behind him, Åhlin-Kottulinsky pipped Tobias Brink at the start to take second and followed her PWR Racing teammate throughout the whole 20-lap race, but never tried an overtaking manoeuvre.
The pair of CUPRA Leon Competición cars managed to pull away, leaving Brink in defence of the third place from the attack of Oliver Söderström. Eventually, Söderström made his move in lap 18 but as Brink closed the gap, Söderström’s Golf GTI rammed the Audi that spun off and rejoined.
The incident cost Söderström a 10-second penalty that dropped him to seventh; as a result, Brink, Andreas Ahlberg and Mattias Andersson advanced into P3, P4 and P5 respectively. However, after the race, the penalty was cancelled and Söderström was reinstated in third position.
Brink’s teammate Hannes Morin, who had qualified in eighth position did not even start and pulled into the pits with a technical issue.
The second race will start at 13:45 CEST.