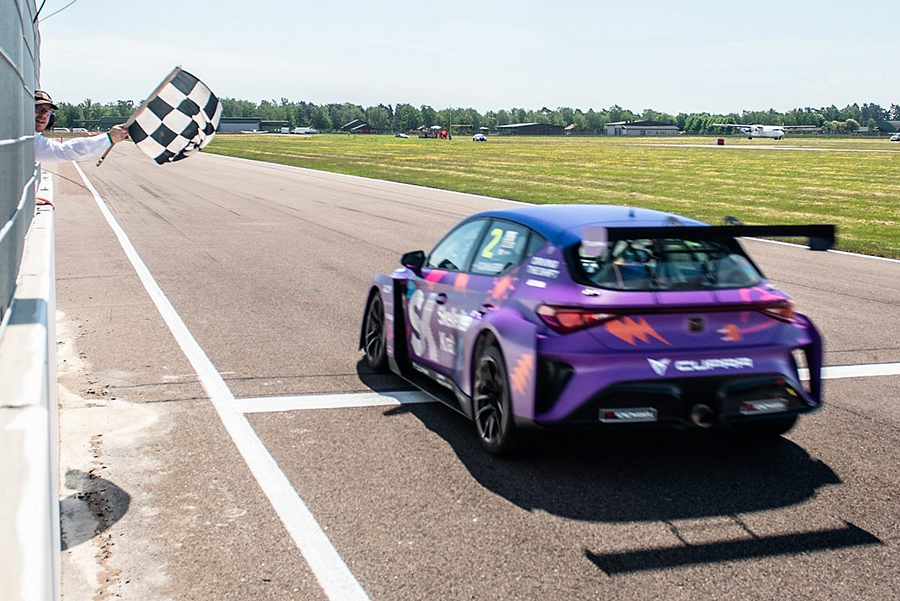 Robert Dahlgren has made it two wins from two in his PWR Racing CUPRA Leon Competición in TCR Scandinavia at Ljungbyhed, leading the way unchallenged in the second race of the day, while the battle was close but uneventful for second place.
Dahlgren lined up on pole position ahead of Tobias Brink’s Audi and his PWR Racing teammate Mikaela Åhlin-Kottulinsky, and had a good start, while Brink tried to go around the outside into Turn 1 but had to slot into second behind Dahlgren and in front of Åhlin-Kottulinsky.
After missing the start of Race 1, Brink’s teammate Hannes Morin was keen to make up for it in Race 2. Perhaps a little too keen; the Brink Motorsport driver launched from seventh to fourth, in what was a very clear jump start, which earned him a 20-second penalty from the stewards.
Not content to wait for the penalty to be applied, Oliver Söderström forced his way back up to fourth on the second lap, with teammate Mikael Karlsson following him through, with Söderström now setting about chasing down Åhlin-Kottulinsky ahead.
While Dahlgren pulled away, the three cars behind remained close throughout the race, with Brink leading Åhlin-Kottunlinsky and Söderström. However, Åhlin-Kottulinsky could never get close enough to try a move on Brink, and Söderström could just manage two looks down the inside at Turn 1 on both lap 14 and the final lap, but couldn’t get an overlap and had to settle for fourth.
Dahlgren went on to win by three seconds over Brink, with Åhlin-Kottulinsky completing the podium.
The most exciting and also mathematically interesting move came on the last lap, when Andreas Ahlberg and Hugo Nerman, the Kågered Racing teammates, crossed the line in side-by-side to the same thousandth of a second to finish joint-seventh. Ahlberg was classified ahead of Nerman, which gives Nerman the reversed grid pole for this afternoon’s final race at 16:40 CEST.