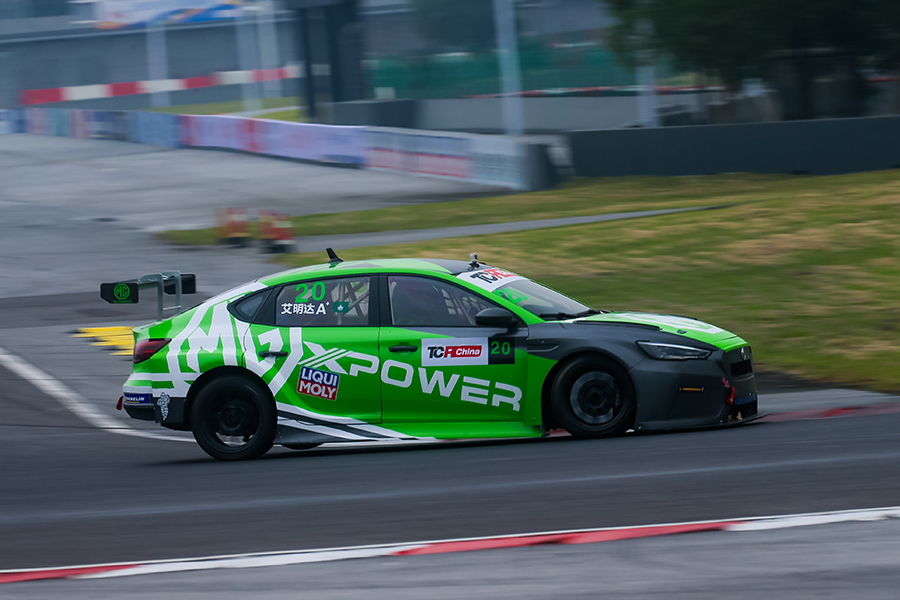 Rodolfo Ávila has taken the first win for MG XPOWER in the TCR China championship in the second race at the Tianma circuit, with the Macanese driver fighting to hold back the Teamwork Motorsport Lynk & Co car of Ma Qing Hua in an epic battle for 15 laps.
Wu Yifan started the race from pole position in his 326 Motorsport Audi RS 3 LMS, and held the position into Turn 1, while a sluggish start for the T.A. Motorsport Audi of Felipe de Souza from second on the grid saw him swamped by the first turn, with Ma Qing Hua having taken to the inside from fourth on the grid to move up into second, with Ávila quickly up to third.
On lap two, Ávila was able to overtake Ma and then quickly closed on Wu’s Audi, taking over the lead on lap three with a move at Turn 11.
Ávila quickly began to pull away, as Ma and the MG of Zhang Zhen Dong then closed up on Wu, both passing him for second and third respectively on lap five, with Wu continuing to drop down the order throughout the race.
At this point, Ávila had built a two-second lead, but then Ma began to close him down, and was now right on his tail by lap 13.
From then on, it was an amazing, but fair fight between the pair, with Ma trying to find any way he could to get ahead of the Macanese driver, but to no avail.
Ma made one final attempt at the last corner, pulling alongside in almost a photo-finish at the line, but Ávila won the race by just 0.178 seconds ahead of Ma, with Zhang having handed the final podium spot to his teammate Rainey He with seven laps to go.
Ma continues to lead the drivers’ standings, now 30 points clear of Ávila heading into next week’s double-header at the Jiangsu Wantrack International Circuit.