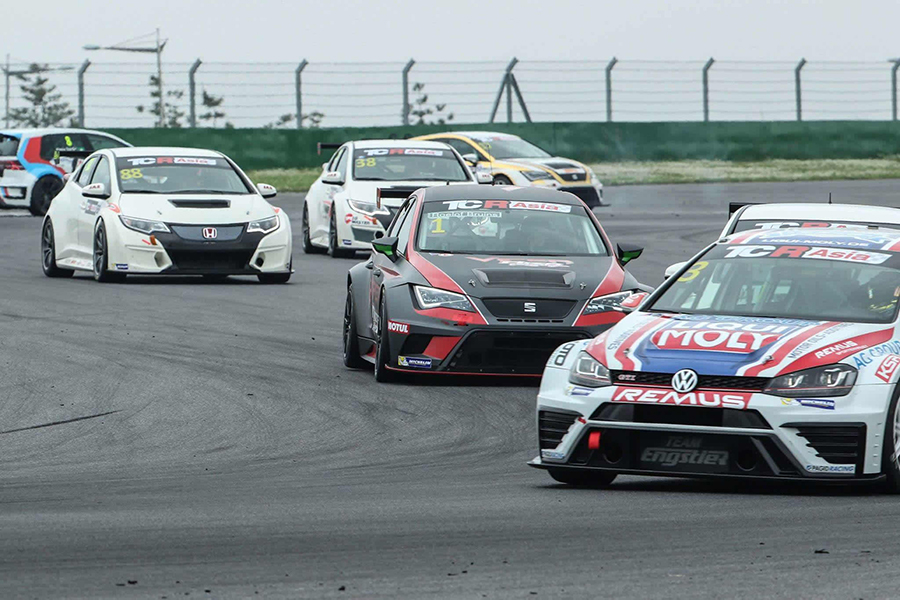 Viper Niza Racing’s Roeolof Bruins claimed victory in the opening race of the 2016 TCR Asia Series at Yeongam’s Korea International Circuit.
In the first half of the race, the Korean driver and its SEAT León chased the leading pair of Andy Yan (Liqui Moly Team Engstler Volkswagen Golf Gti) and pole-sitter Tin Sritrai (Team Thailand Honda Civic).
During the first six laps, the three drivers delivered a close and entertaining fight with their cars running within only half-a-second; then on lap 7 Bruins overtook Sritrai for the second place with a controversial manoeuvre that caused the Thai to spin. The contact was investigated by the Stewards who, eventually, judged it as a normal race incident.
In the final part of the 14-lap race, Bruins closed the gap on Yan and eventually overtook him midway through the last lap.
Yan finished second, followed by Henry Ho (Champ Motorsport Honda Civic) and Sritrai.
The second race will kick off at 17:10 local time (10:10 CET) and will be streamed live at www.tcr-series.tv.