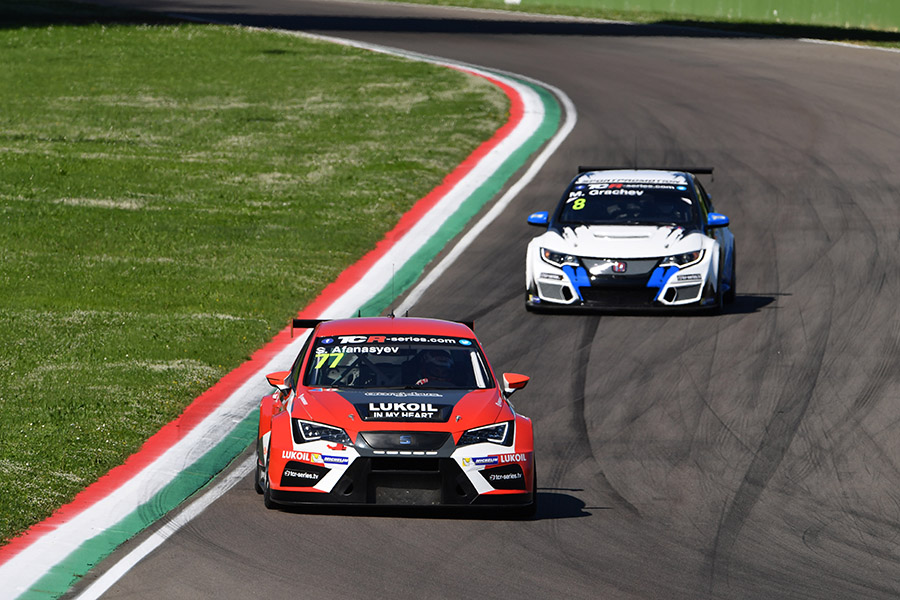 Russian drivers searching for glory in their home event

Sergey Afanasyev and Mikhail Grachev, the two Russian representatives in the TCR International Series, are very much looking forward to their home country event at Sochi, as they both have great expectations and serious chances to be successful.

Afanasyev (Craft-Bamboo Lukoil SEAT León) is still well-placed in the Drivers’ Championship: seventh, 34 points behind the leading duo of his own teammates Oriola and Nash. Since last year the 28-year old Muscovite has emerged as one of the series’ fastest drivers, with a few visits to the TCR podium – the latest being a second place at the Salzburgring – and pole position in the season opener at Bahrain. Now he’s chasing his first victory.
“Sochi is a place for having fantastic vacations, but is also a good place for racing. Sochi Autodrom is a great racetrack, perfect for Touring Car competitions, with a lot of places for overtaking. We are all ready for this weekend that is a great opportunity for us, with plenty of goals to aim for: podiums and good points. I have never scored one TCR win and this is the right time to go for it!” Afanasyev declared.

As for Grachev (also 28 years old, but from the Siberian city of Omsk), he has already won two races (at Imola and Salzburgring) since he switched to the WestCoast Racing Honda Civic. And he has good memories of Sochi, where he won the very first race that inaugurated the track in 2014, held shortly before the F1 Grand Prix, and claimed his first TCR podium in 2015 (third in Race 2).
“My target for Sochi is definitely to continue being competitive and fighting for the top positions. I wish to grab as much points as possible, for myself but also for WestCoast Racing, because after the weekend in Oschersleben we have lost ground in both the Drivers’ and Team’s championships. And of course, I would be very happy to step onto the podium again,” said Grachev.