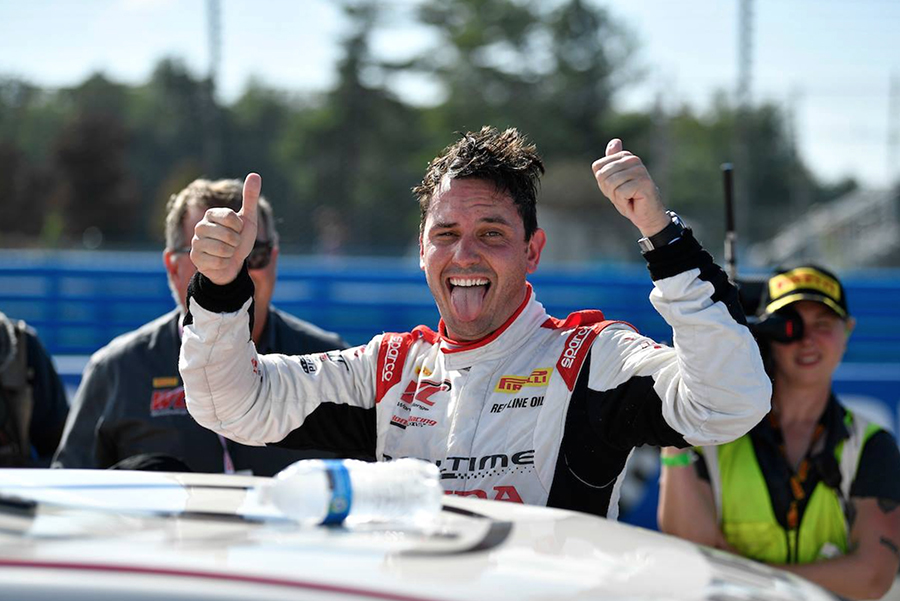 After winning both races in the season finale at Watkins Glen he said: “My goal coming into this weekend was to try to get a pole, and maximize points. We figured if we got second in both races and Michael Lewis maxed out points, we could still win the championship. When we got the pole that was good and when I got the lead into turn one of Saturday’s Race 1 I knew that I could at least get second place. It’s probably the best way we could have won it with a double win.”

At the start of Race 2, Michael Lewis’ Hyundai i30 N car suffered from a technical bug and was forced to pit for fixing it. “Once we came out of the ‘boot’ and Lewis’ car fell on its face, I knew we had it right there and then later in the race Wilkins had some issues too. That sucks because nobody wants to beat anybody that way. We wanted to go at it cleanly, nose-to-tail, side-by-side like Saturday. Anyway, we had the most podium finishes in the season, which means we had the best reliability, and that’s what Honda is known for. So, when you’re talking about race cars and JAS Motorsports building cars for Honda since the 90’s, I knew right away that it was going to be a successful and consistent program.”