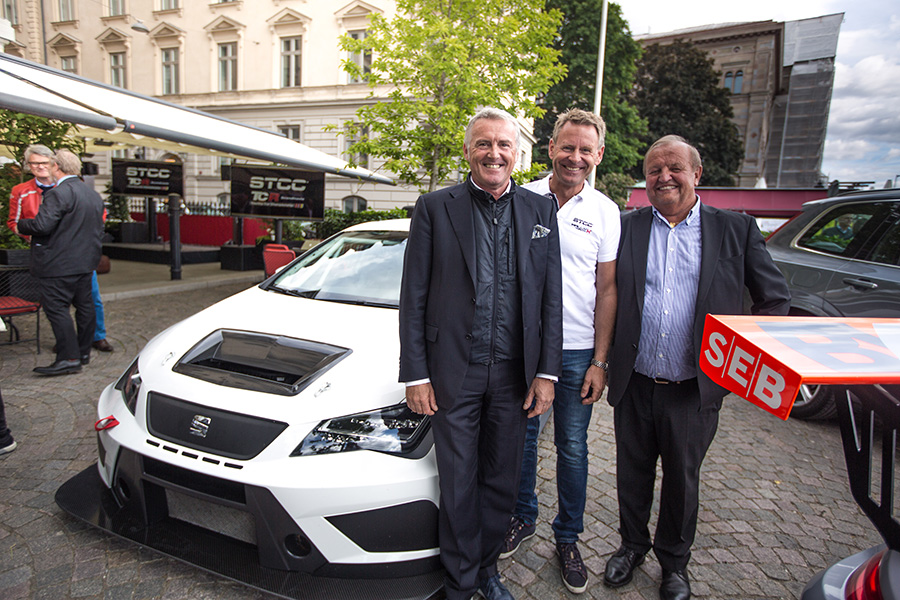 Scandinavia to join TCR family in 2017

TCR keeps on conquering new territories and Scandinavia is the latest addition to the list of regions and countries that have decided to structure their Touring Car championships around this innovatory concept.
The TCR Scandinavia Series that will kick off next year was presented Thursday in a crowded press conference at the Stockholm Grand Hotel.

TCR promoter Marcello Lotti commented: “We are delighted to add this extra jewel to the TCR crown. And it is one of the brightest. The Scandinavian countries have always had a solid tradition of strong Touring Car championships. I am sure that a lot of fans fondly remember the Super Touring years in the Nineties and, more recently, the seasons that featured the Super 2000 cars. We will be working together to build a series that is at least as successful as those were.”

The new series will be promoted by STCC AB, the organizer of the Swedish Touring Car Championship and the Rally X Nordic series. CEO Jonas Lundin said: “We were looking for a set of regulations that could bring Touring Car competition back to its place as one of the premiere motorsport series in Northern Europe. TCR is the perfect opportunity to build a long term programme for the years to come.”

The Scandinavian Touring Car Championship was born in 2011, following the merge of the Swedish and the Danish Touring Car championships that were reserved for Super Touring cars. For two seasons the new series adopted the FIA Super 2000 regulations, but from 2013 it switched to Silhouettes.
In 2017 the new series will be entirely run in Sweden, but Ludin is already looking at an expansion in the near future: “There is a lot of interest from the Danish, Norwegian and Finnish teams. As the promoter of the Rally X Nordic we have built excellent relationships with the National Sporting Authorities of our neighbouring countries, which will make easy to expand.”