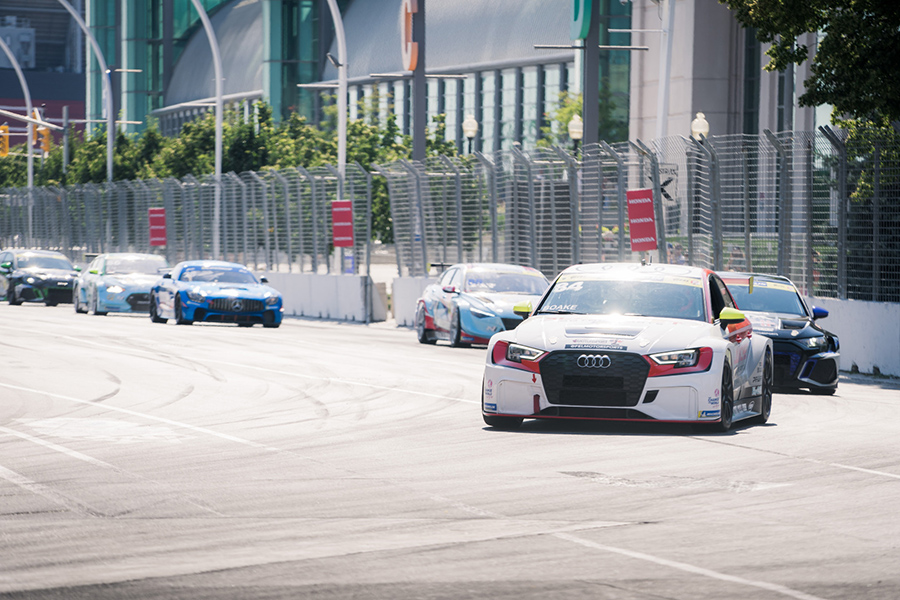 There was mixed fortune for the SCCC races in the frame of the Indy Grand Prix at Toronto’s street circuit.

Saturday’s Race 1 saw a close battle between the Audi RS 3 LMS cars of Blanchet Motorsport’s Richard Boake and TRC Motorsport’s Jérimy Daniel. Boake had qualified second but overtook Daniel on the first lap to gain the lead which he held onto for the rest of the race. Action was halted when Justin Di Benedetto's Audi slammed into the wall on turn 2, resulting in a full course caution. Eventually Boake crossed the finish line with a one-tenth margin over Daniel, while Jean-François Hevey completed the podium in the second TRC Machine.

In the second race on Sunday, two long full course cautions were followed by an incident that led to the red flag. Despite this, the race has been considered official but results and awarding of points are currently on hold, as there may be penalties assessed to various drivers that could affect them. Final results will be released in the coming days after all the data, in-car videos and reports from track officials will be reviewed.

The series will resume on August 5/6 at the Grand Prix de Trois-Rivières.