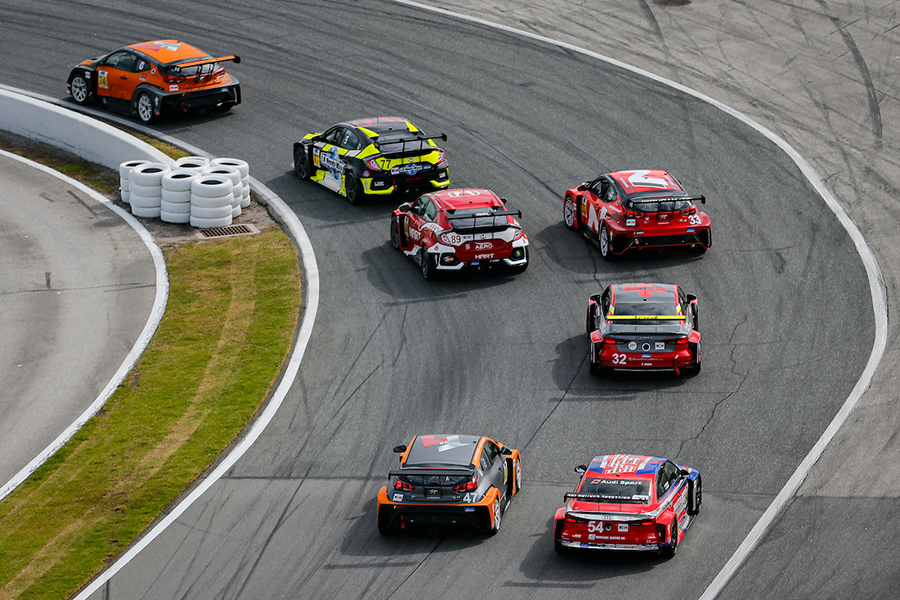 Sebring hosts the second round of IMSA Michelin Challenge

The IMSA Michelin Pilot Challenge returns into action Friday with a 2-hour race at Sebring; the second round of the series, six months after the season opening at Daytona.
Thirteen teams have entered in the TCR class, with the drivers in the Hyundai Veloster N and Honda Civic Type R cars eager to make up for the disappointment of Daytona, where Audi RS 3 LMS cars filled the podium.
Gavin Ernstone and Jonathan Morley - the winners of the first race in the Road Shagger Racing Audi - defend their leadership in the standings.
The reigning champion team, Bryan Herta Autosport, has now added a fourth Hyundai Veloster car to those driven by Michael Lewis-Mason Filippi, Harry Gottsacker-Mark Wilkins and Gabby Chaves-Ray Norman. Spencer Brockman (2017 Formula Atlantic champion) and 19-year-old Parker Chase (the winner of the 2018 Pirelli World Championship Sprint X GT title) will be at the wheel of the new car.