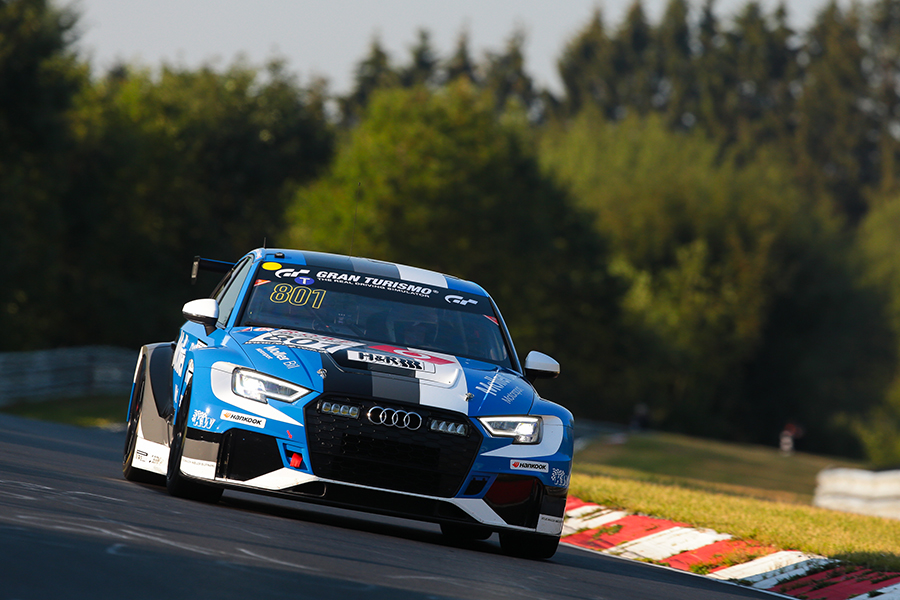 The Audi RS3 LMS of Norway-based Møller Bil Motorsport claimed a second consecutive TCR class victory in the VLN series at the Nürburgring Nordschleife.
Two weeks after winning the 6-hour ADAC Ruhr-Pokal-Rennen, the blue Audi topped the TCR class again in the 41. RCM DMV Grenzlandrennen. The Norwegian trio of Håkon Schjærin, Kenneth Østvold and Atle Gulbrandsen shared driving duties during the four-hour race and finished 23rd overall out of the 134 starters.
Second in the class was the Mathilda Racing Cupra driven by Andreas Gülden and Moritz Oestreich that completed 26 laps like the winning car, but crossed the line one minute and twelve seconds behind to claim the 27th position overall.
The podium was completed by Benedikt Gentgen, Martin Pischinger and Lukas Thiele in the FEV Racing Cupra, third in the class, one lap down.
The seventh round of the series – the 58. ADAC Reinoldus Langstreckenrennen – will take place on September 22.