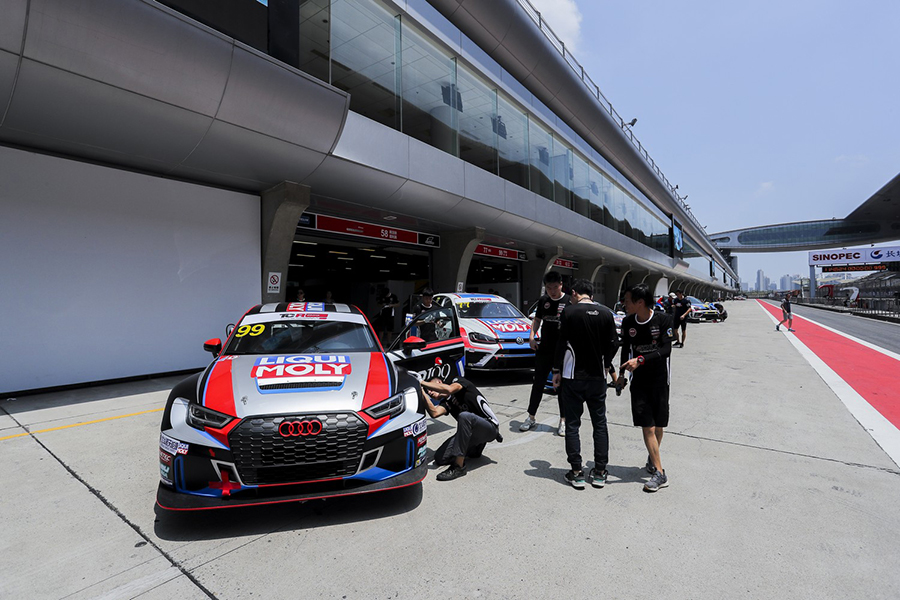 The TCR China series gets underway this weekend, with its inaugural event at the Shanghai International Circuit, within the frame of a China Touring Car Championship race meeting.
Eleven cars, run by six teams have been entered: six Volkswagen Golf GTI, four Audi RS3 LMS and one SEAT León; TeamWork Motorsport and New Faster Team have entered three cars each.
The event format provides two 20-minutes Qualifying sessions and three races. Saturday’s Races 1 and 2 will be run over 40 kilometres and their starting grids will be based on the results of Qualifying 1 and 2 respectively.
A 60-minute race will follow on Sunday, with a starting grid determined by the aggregate results of the two Sprint races. Each car will be shared by two drivers.
Amongst the competitors is former CTCC and TCR Asia champion Andy Yan from Hong Kong, who will be at the wheel of a New Faster Team’s Audi.