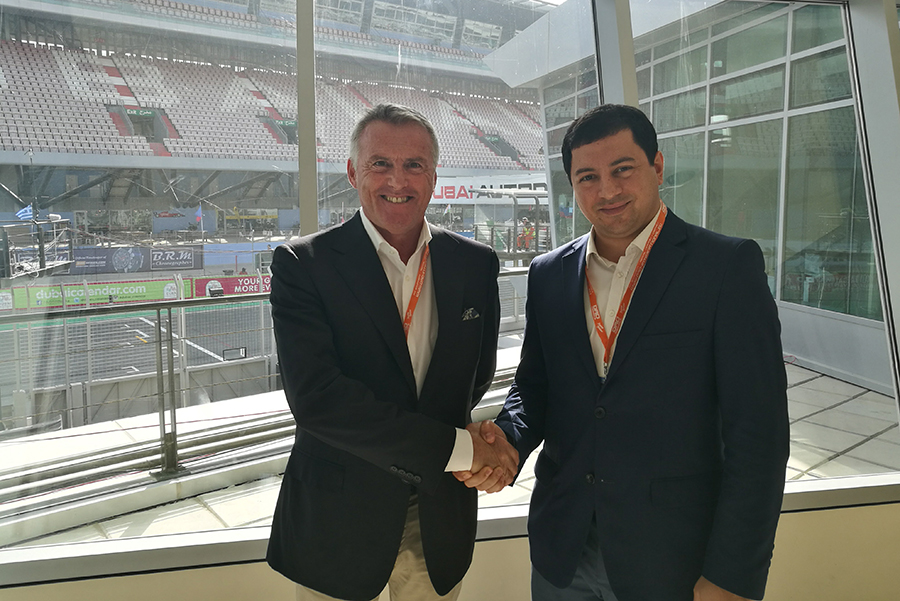 Signature of agreement for the TCR event in Georgia

The opening event of the TCR Middle East Series at Dubai provided a special setting for the signature of the agreement between WSC Ltd and the Government of Georgia for the 2017 TCR International Series event at Rustavi International Motopark.
This was the final act, following the Memorandum of Understanding for a three-year deal that had been signed in Tbilisi on July 9, 2016.
The agreement covers the first of the three years and was signed by Archil Talakvadze, President of the Sport Club ‘Mia Force’ and leader of the Parliamentary Majority, and TCR promoter Marcello Lotti.

"Georgia will be positioning itself on the world map of automobile racing in 2017. We have successfully finalized the agreement of terms and conditions with the TCR promoter and Georgia will host the opening event of the 2017 TCR International Series on the first weekend of April. It will be a spectacular season opener for those who wish to attend an exciting race meeting and discover the stunning landscapes, ancient culture and hospitality of Georgia at the same time," said Mr Talakvadze.

Marcello Lotti commented: “We are proud and honoured that the Government of Georgia has chosen TCR as the first international series ever to visit their beautiful country. I have personally discovered Georgia’s sights and the warm hospitality of its people when I was in Tbilisi last year. Therefore I am sure that the event in Rustavi will become one of the favourites of our teams.”