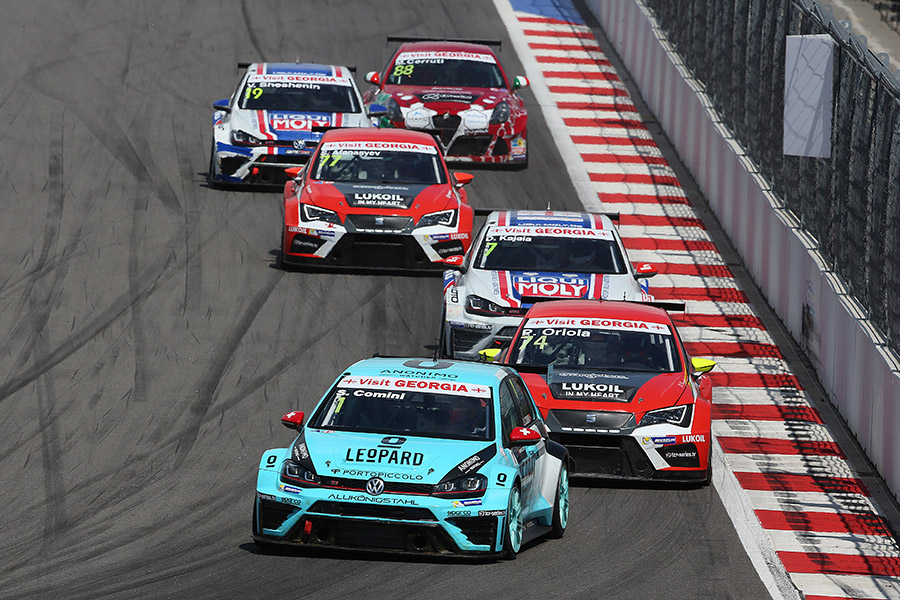 Six drivers in a close fight for the title

Over a third of the season still lies ahead before the 2016 TCR International Series will crown its second champion ever. And the title fight is red-hot, with six drivers covered by 37 points when a possible 220 are still at stake.
Stefano Comini and Pepe Oriola, the 2015 champion and runner-up respectively, are on top of the standings once again; the Swiss and his Leopard Racing Volkswagen Golf have regained the leadership after Sochi, but Oriola lies only one point behind in the Craft-Bamboo Lukoil SEAT León.
A further six points adrift is Oriola’s teammate Janes Nash, while Comini’s Leopard Racing colleague Jean-Karl Vernay is currently fourth with a gap of 22 points. Only one further point behind him is another SEAT driver, B3 Racing Team’s Mat’o Homola.
And although Gianni Morbidelli (WestCoast Racing Honda Civic) has declared himself out of contention after a string of disappointing results, he can’t be ruled out as a change of luck might put the former F1 racer in the position to significantly cut his 37-point gap.
The rest of the field has only theoretical chances, beginning with Sergey Afanasyev (Craft-Bamboo Lukoil) who is seventh, 51 points behind the leader.