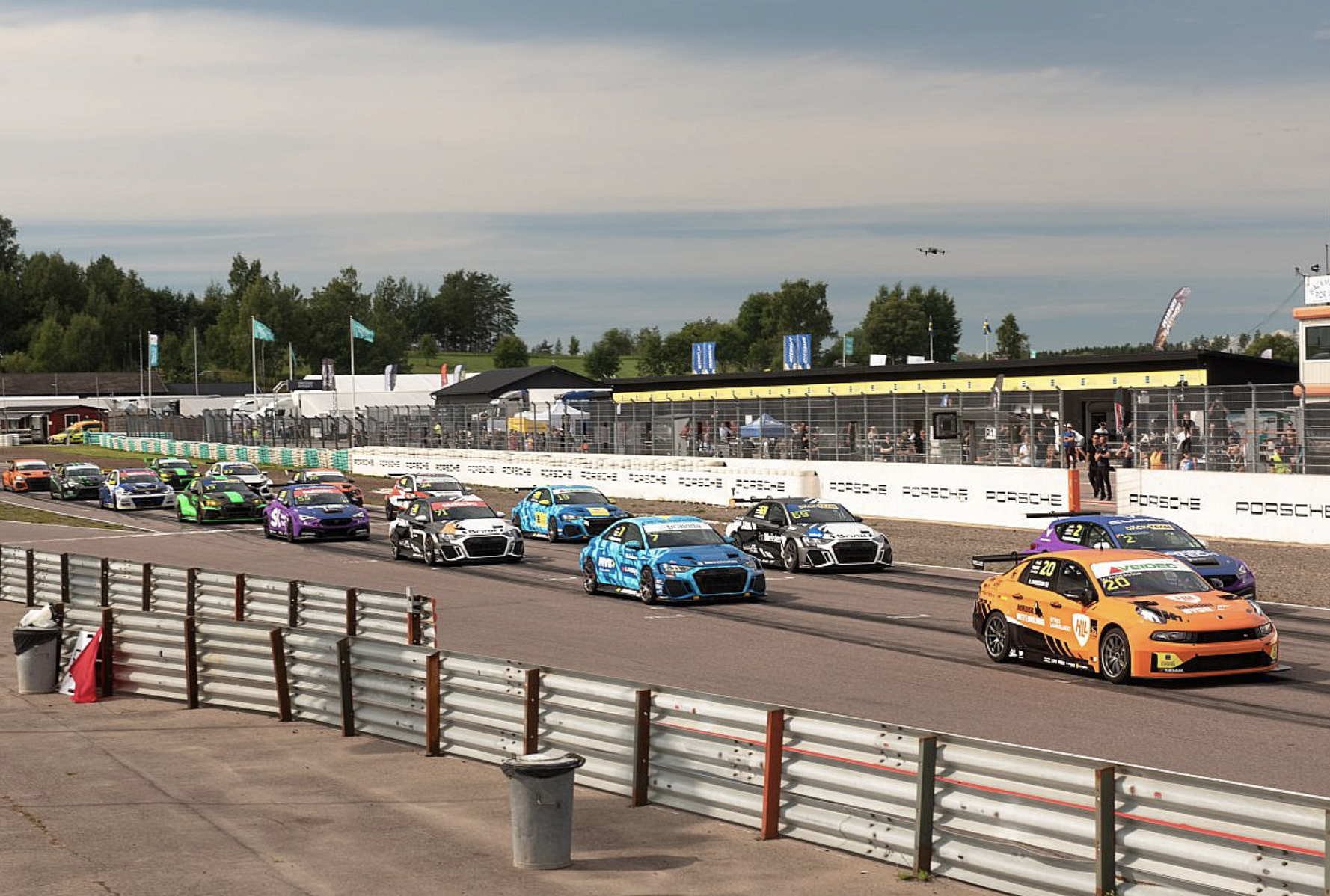 Oliver Söderström, Mattias Andersson, and Robert Dahlgren won a race each in the TCR Scandinavia event at Karlskoga’s Gelleråsen Arena.

Race 1 – Söderström had qualified on pole and dominated the race from the start, scoring his and the team’s first win of the season. Andersson made a slow start from P2 on the grid and fell behind Dahlgren and Andreas Bäckman; he followed them to the finish in a somewhat processional race up front. Though there was plenty of drama further down the order, with Calle Bergman getting excluded from the race after crashing into Dennis Strandberg with two laps to go.

Race 2 – Andersson started from pole after having topped Q2 and led from lights-to-flag to take his first win of the season. Hugo Nerman made a great start from fourth and passed both Dahlgren and Söderström to take second. Söderström’s race came to a rapid end as he was hit by Christian Skaar and was spun around to face the field, where he was collected by Marius Solberg Hansen; both were out of the race on the spot. The race resumed after a safety car period, with Andersson going on to win ahead of Nerman and Dahlgren, but after the race Dahlgren was handed a 20-second penalty for false start and dropped to eighth, although this also conveniently handed him pole position for the partially reversed grid Race 3.

Race 3 – Dahlgren led from pole, with Didrik Esbjug starting from second. The Norwegian rookie did well to hold on against some very experienced competition; he dropped behind Bäckman and Brink but managed to fight back against Andersson and hold on to fourth in what was the major battle of the race. Söderström powered through the field to finish sixth after starting from 12th and scored key points in his title challenge.

Dahlgren extended his lead in the standings, and is now 47 points clear of Andersson, with Söderström and Brink just one point further behind.

The next round of the championship takes place at Anderstorp on September 10/11.