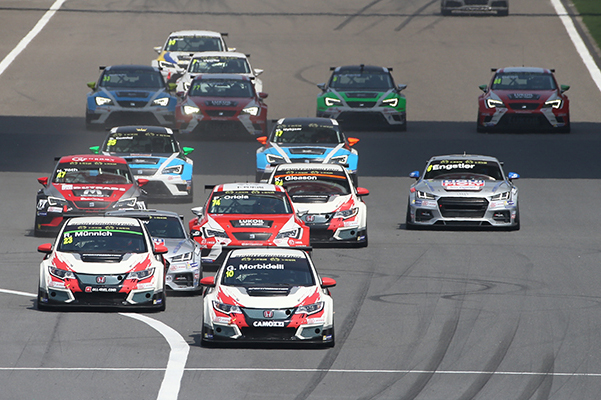 After its first ever events took place in the Far East, within the Formula 1 Grands Prix of Malaysia and China, the TCR International Series faces its European debut this upcoming weekend in Spain, where Valencia’s Circuit Ricardo Tormo will host Rounds 5 and 6 of the series.
Unlike Sepang and Shanghai, where the event format was adjusted to fit in the Formula 1 schedule, the TCR International Series will adopt its standard two-day timetable in Valencia.
On Saturday, competitors will take part in two thirty-minute Free Practice sessions and a thirty-minute Qualifying, split into Q1 (20 minutes for all drivers) and Q2 (10 minutes for the fastest twelve in Q1).
The two races will then take place on Sunday, over a distance of 60 kilometres.
In addition to this, on Friday teams will be given the opportunity to take part in a full day of testing for shaking down the cars after the flight back from China.