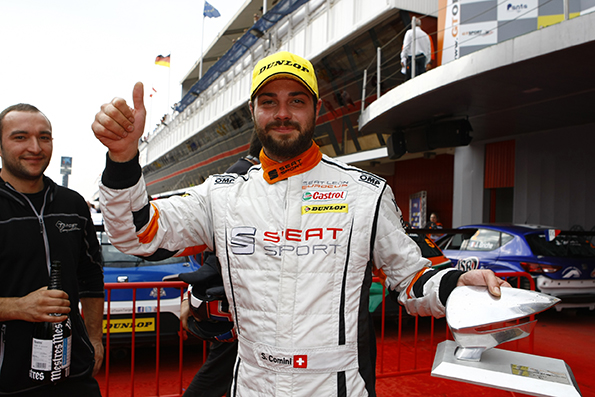 Team Target Competition announced Stefano Comini as their first driver for the 2015 TCR International Series.
The 25-year-old Swiss – a former champion in the Renault Mégane Eurocup (2011) and the Italian Renault Clio Cup (2012) – will drive one of the team’s three SEAT León Racer cars. A machine that is familiar to Comini who finished fourth in last year’s SEAT León Eurocup, claiming three race wins on legendary racetracks such as Nürburgring, Silverstone and Barcelona.

“Joining the TCR International Series is an important step in my career. I know the team very well from the last two years, and we are confident that we can fight for the podium from the very beginning,”said Stefano Comini.

“Target Competition is still a relatively young squad, however we have put together a strong team of experienced people who work incredibly hard to make sure that we can quickly become front runners in the series. We continue with our philosophy of giving young talents, such as Stefano, a chance to move up to the international competition,”Team Manager Andreas Gummerer commented.

Target Competition will announce their complete driver line-up for the TCR International Series in the upcoming days.