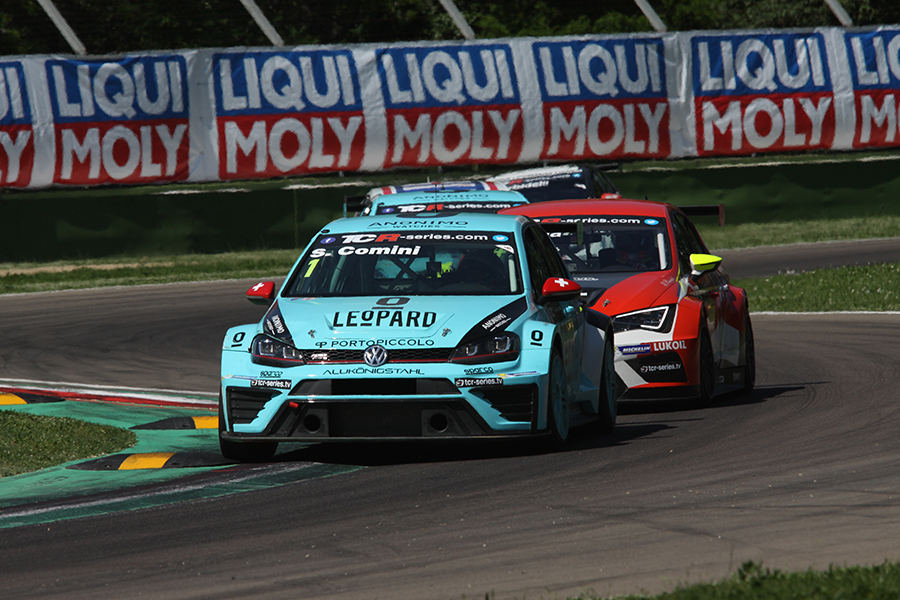 For the first time so far this season, 2015 TCR champion Stefano Comini will have to carry the maximum Success Ballast on board his Leopard Racing Volkswagen Golf Gti.
The Swiss was the best scorer in Imola, with a victory and a third place that, added to fourth in qualifying, brougth him 42 points that will result in 30 extra kilos for the Austrian event at the Salzburgring.
The current championship leader Pepe Oriola of Craft-Bamboo Lukoil, will keep on with the same 20-kilo ballast he had carried at Imola, while the 10 kilos for the third best scorer in Italy will be laden on Mikhail Grachev’s WestCoast Racing Honda Civic.
With these Success Ballasts added to the BoP, the running weights of the three cars will be: 1315 kg for Comini’s Volkswagen Golf, 1345 kg for Oriola’s SEAT León and 1335 kg for Grachev’s Honda Civic.