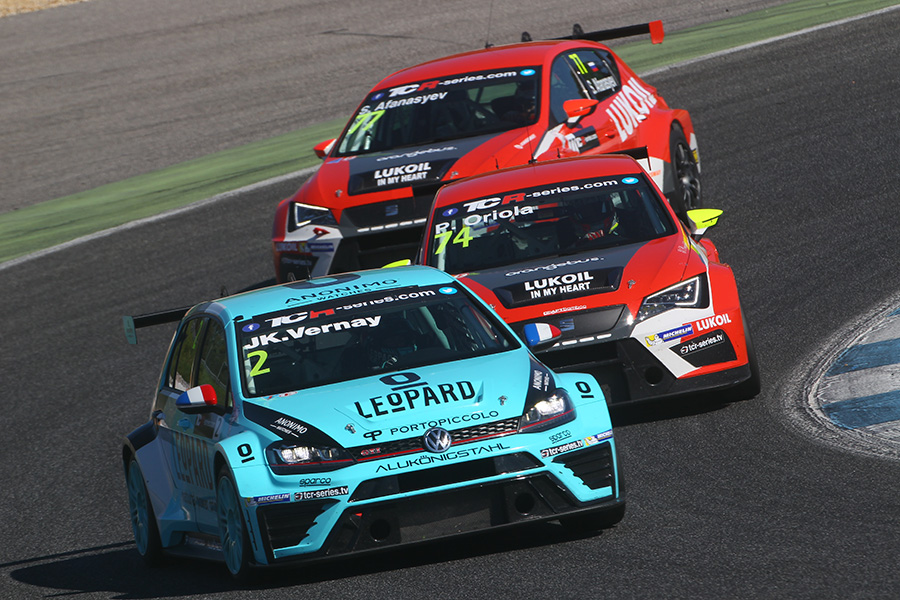 It would have been the WestCoast Racing Honda Civic of Aku Pellinen to carry the maximum 30-kilos of success ballast at Imola. In fact, the young Finn was the highest point scorer in Spa, with a victory (his maiden one in TCR) and a fifth place in the two Belgian races that, added to third in qualifying, granted him 38 points. However, Pellinen will not take part in the event.
This will leave Craft-Bamboo Lukoil’s Pepe Oriola – who retook the championship lead in Spa – and Leopard Racing’s Jean-Karl Vernay – the other rookie winner in Belgium – as the only drivers with the ballast. Oriola will carry 20 extra kilos on board his SEAT León, while the remaining 10 kilos will be imposed to Vernay’s Volkswagen Golf Gti.
In terms of the title fight, Oriola’s closest competitors – his teammate James Nash and WestCoast Racing’s Gianni Morbidelli – will have the advantage of driving ballast-free cars on the ups and downs of the Italian racetrack.