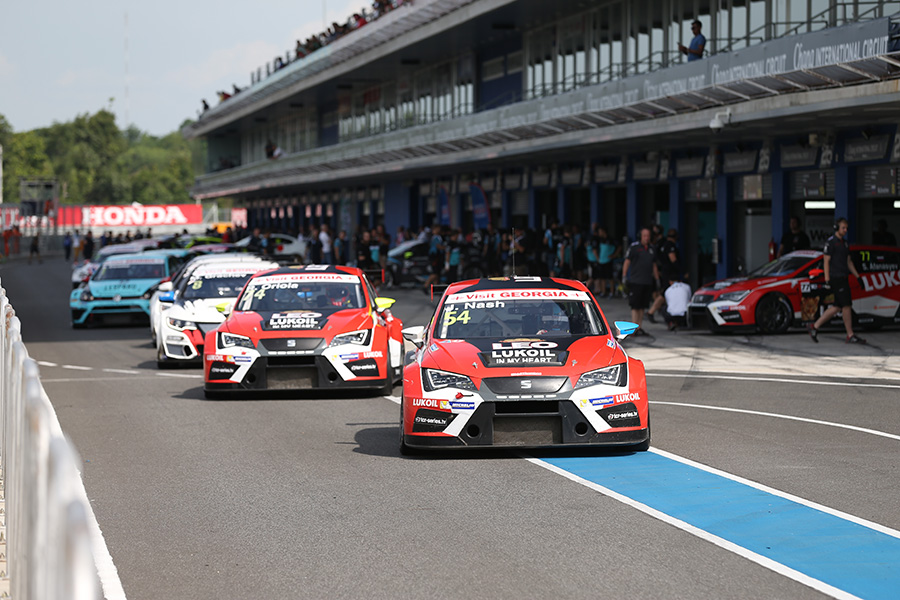 The allocation of Success Ballast for the Singapore event will follow precisely the current positions in the Drivers’ Championship standings.
James Nash of Craft-Bamboo Lukoil emerged as the best points scorer in the previous event in Thailand; with a second place and a victory he bagged 43 points that propelled him to the top of the classification table. This will also result in 30 kilos of Success Ballast on board his SEAT León.
Nash’s teammate Pepe Oriola and Leopard Racing’s Stefano Comini were the second and third best scorers in Buriram (with 30 and 26 points respectively) and are currently lying second and third in the standings. Their cars will be laden with 20 (Oriola’s) and 10 (Comini’s) extra kilos.
With this success ballast added to the BoP, the running weights of the three cars will be 1345 kg for Nash’s SEAT, 1335 kg for Oriola’s SEAT and 1295 kg for Comini’s Volkswagen Golf.