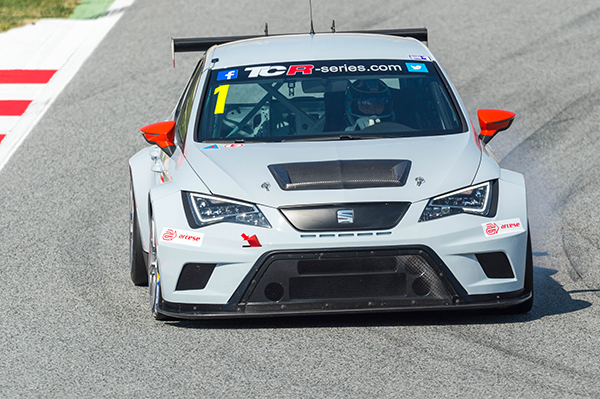 The first Balance of Performance test for the 2015 TCR International Series took place at Barcelona’s Catalunya Circuit on Monday and Tuesday.
Nicola Larini was the driver in charge of evaluating the different cars and passing information and his personal driving impressions to the TCR International Series’ technical staff led by Technical Director Andreas Bellu and Technical Delegate Knut Wartenberg.
Larini drove stints in different set up configurations at the wheel of the SEAT León Racer, Honda Civic TCR and Opel Astra OPC.
The Ford Focus car, which was also expected to run in Barcelona, remained in the UK where Onyx Engineering will complete a shakedown later this week. The TCR technical staff will then evaluate its performance in a separate test, before the Ford is flown to Malaysia for the opening round of the International Series.
The Balance of Performance specifications will be finalized and made public in the coming days.