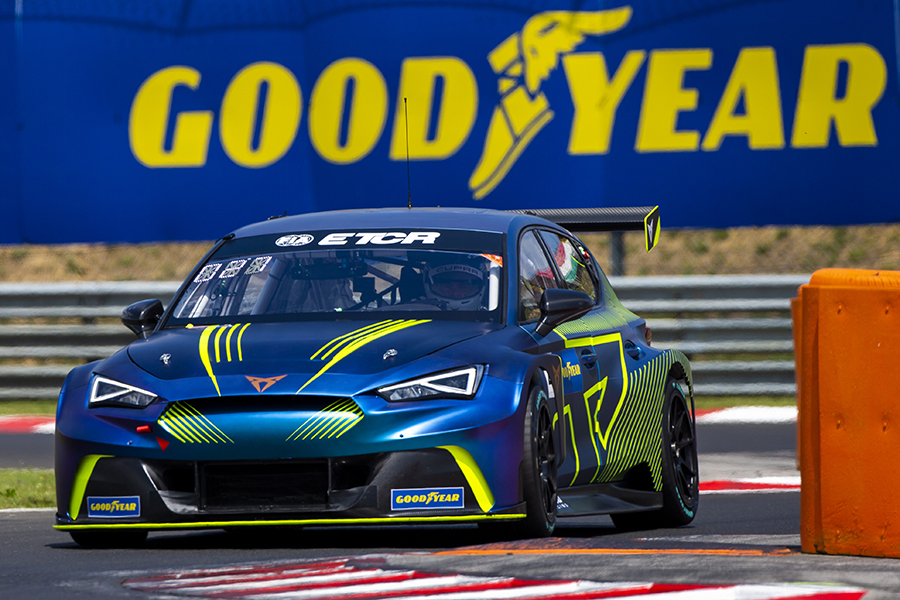 Tambay wins the ETCR event in Hugary and leads the standings

Claiming an authoritative victory in the Pool Furious Super Final, Adrien Tambay emerged as the winner of the Hungarian event. Adding a second win to that he had taken at Pau in the season opener, the Frenchman has moved into the lead of the standings, two points ahead of his CUPRA EKS teammate Mattias Ekström. The other winner of the day was Maxime Martin, victorious in the Pool Fast Super Final with the Romeo Ferraris Giulia.

In the first Pool Fast Semifinal, Mikel Azcona and Ekström resumed their duel as in yesterday’s Quarter Final. Once again, the Spaniard made a better start and Ekström had to chase; he tried to pass on the outside at the beginning of lap 2, but Azcona kept him at bay. Martin followed them and passed Ekström for P2 at the beginning of lap 3. He then tried to catch up Azcona but was beaten by 0.4 seconds on the line. In the other Semifinal Giovanni Venturini took the lead at the start from Kevin Ceccon and Jordi Gené; despite the pressure, Venturini held on to the lead and won, while Gené pipped Ceccon in the sprint for second.

Bruno Spengler made good use of the pole in the first Semifinal of Pool Furious and led from Vernay, while Tambay stalled and got away far behind the leading pair. Vernay took the lead from Spengler at the beginning of lap 2, then they made contact in T14; Spengler got ahead but handed back the position. In lap 3, Spengler took to the inside at T2, Vernay closed the gap and they clashed again. Spengler prevailed and went on to win, while Vernay spun and dropped to third behind Tambay. Tom Blomqvist took a comfortable win in the second race; he started well and pulled away, while Luca Filippi successfully defended the second place from Norbert Michelisz.

At the start of the five-lap Pool Fast Super Final the Giulia cars of Martin and Venturini shot off, while Azcona was slow from the pole and dropped behind Ekström and Gené. Azcona muscled his way past Gené for P4; they made contact and Gené limped to the pits. At the beginning of lap 2, Ekström moved into P2 ahead of Venturini. Up front, Martin completed a flawless race and claimed his maiden ETCR victory, while Ekström rejected a determined assault from Venturini to finish second.

In the Pool Furious Super Final, both Spengler and Tambay got away well from the front row. The Frenchman attempted a first move on the outside of T1 and then took the lead at T2. During the first lap, Vernay overtook Blomqvist for third, but the Swede retook the position at the beginning of lap 3. Tambay opened a gap, while Spengler defended the second place from Blomqvist who passed him at T1 in lap 4. During the same lap, Vernay and Filippi crashed while fighting for P4. Tambay and Blomqvist finished 1-2 ahead of Spengler.

The FIA ETCR World Cup will next move to Jarama next week.