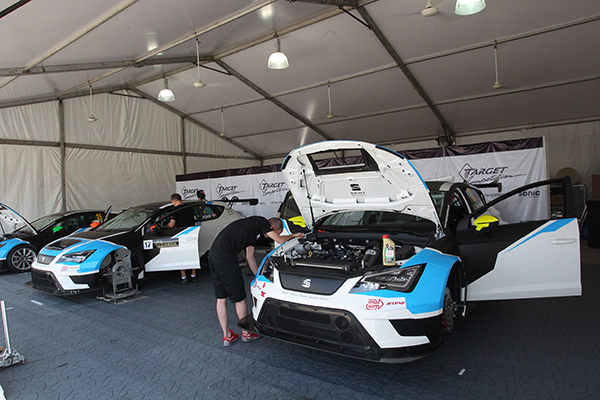 Sixteen cars of four different brands have been entered in the series’ second race meeting at Shanghai.
Italy-based Target Competition – that leads the Drivers’ Championship with Stefano Comini – will add a fourth SEAT León for young Chinese racer Alex Yang, who is also facing his first season in the tough Japanese Formula 3 Championship.
Compared to the previous event in Malaysia, the TCR field has lost the Proteam Racing Ford Focus of Diego Romanini and one of the Campos Racing Opel Astra cars. They were withdrawn because of persisting technical problems (gearbox for the Ford and cooling system for the Opel) that couldn’t be fixed in Asia. However, in Shanghai Campos Racing will run a SEAT León for Igor Skuz alongside the Opel Astra of Jordi Oriola.
A change of driver has occurred at Zengő Motorsport, with 16-year old Norbert Tóth replacing his fellow Hungarian Ferenc Ficza in the team’s SEAT León.