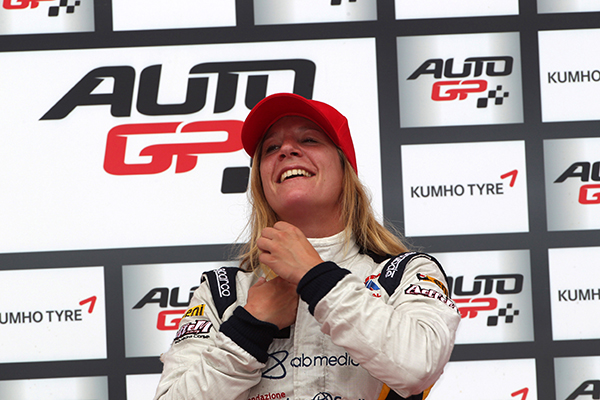 The Target Competition team has entered a fourth SEAT León car for the TCR International Series event that takes place this weekend at Red Bull Ring.
Cerruti joins regulars TCR competitors Andrea Belicchi and Stefano Comini (who’s leading the Drivers’ Championship) and newcomer Gabriele Marotta.
Born in Rome, Michela Cerruti will be the second lady driver to compete in the TCR International Series after Lucille Cypriano from France who took part in the third race meeting of the season at Valencia.
Cerruti’s racing career began only in 2008, but she has gained experience in a lot of different racing series since, proving she can be competitive with her male competitors on equal grounds.
Among her most outstanding results are race victories in the Auto GP, the Superstars International Series, the German VLN Endurance Series and the Italian GT championship. During the current season she took part in four events of the FIA Formula E Championship and in the Nürburgring 24 Hours in which she finished 6th in the SP9 GT3 class at the wheel of a BMW Z4.