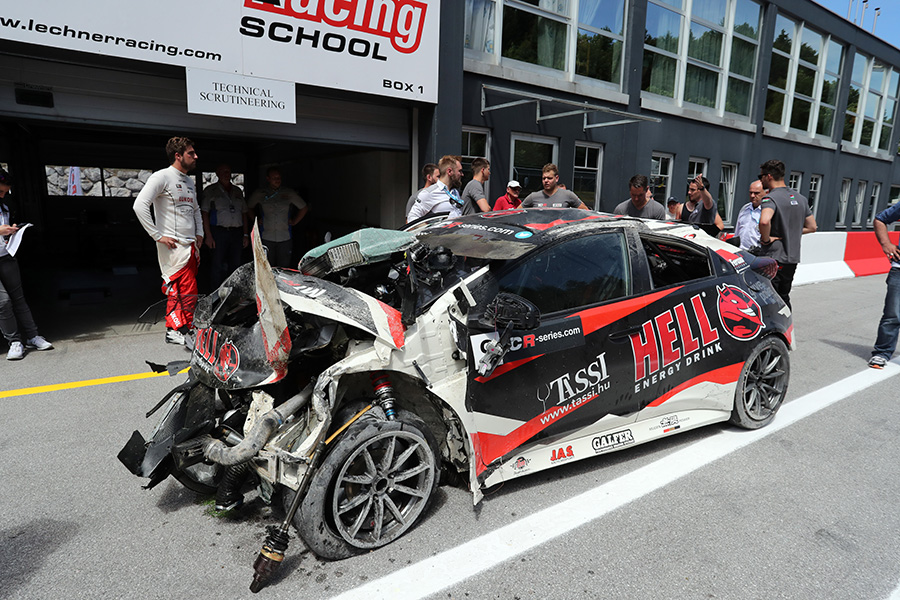 Tassi escapes from heavy shunt at the Salzburgring

Attila Tassi escaped unscathed from a dramatic high-speed crash during today’s second test session at the Salzburgring.
The young Hungarian, who had been second fastest in the first test session, lost control of the rear of his car while braking between Turns 10 and 11, went off into the gravel trap and hit the Armco barrier head on; the Honda bounced off the barrier and rolled twice before stopping in the middle of the track.
The circuit’s medical and rescue team arrived within a few seconds and extricated Tassi from the wreck of the car; luckily, he was shocked but appeared unhurt. He was sent to the Medical Centre for checks and discharged soon afterwards.
M1RA Racing team principal Norbert Michelisz said: “Attila is quite badly shaken after the incident, which is understandable. Naturally, our biggest concern is that he is okay and thankfully that seems to be the case.”
Unfortunately, his car has been damaged beyond repair.