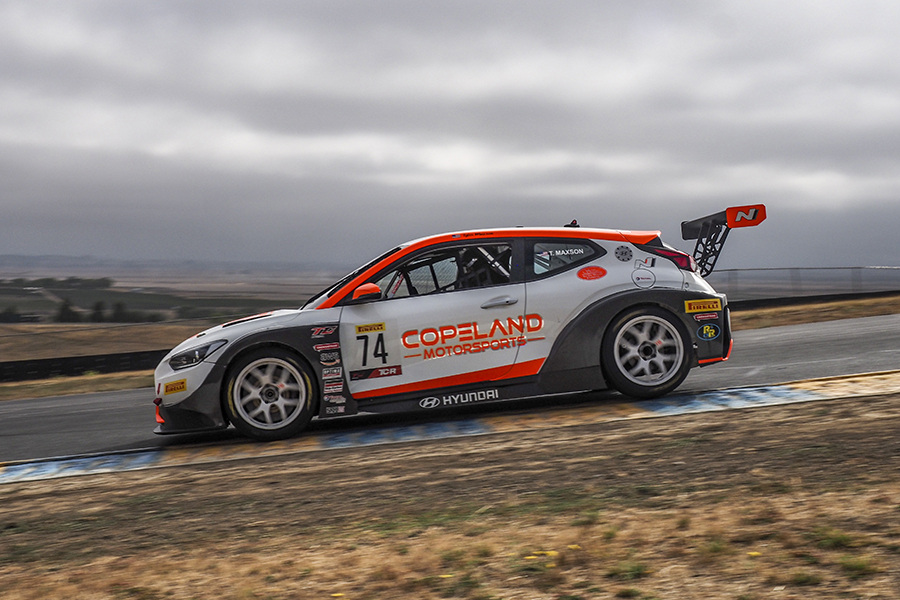 The freshly crowned champion of TC America's TCR class, Tyler Maxson will make his IMSA debut in round 8 of the Michelin Pilot Challenge, Friday at Road Atlanta. For the 2-hour race, the 17-year-old Maxson will share a Copeland Motorsports Hyundai Veloster N with the 16-year-old Tyler Gonzalez who finished third in TC America's TCA class.
Theirs will be the fifth Veloster car on the grid. Three of the Hyundai cars - all run by Bryan Herta Autosport - are fighting for the championship: Gabby Chaves-Ryan Norman (202 pts), Michael Lewis-Mason Filippi (195) and Mark Wilkins-Harry Gottsacker (191), but the last two races at Mid-Ohio have been won by Audi cars and the Road Shagger Racing duo of Jonathan Morley-Gavin Ernstone is placed fourth, only 13 points behind the leaders.