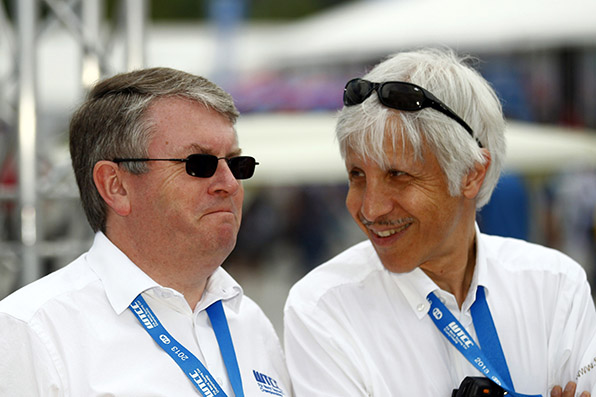 The TCR International Series has announced the appointment of experienced motorsport journalists Fabio Ravaioli and Mark James for its Communications service. Ravaioli and James have been appointed Director of Communications and Press Officer respectively.

As a journalist, Ravaioli worked mainly for Italian weekly magazine Autosprint, but he was also a regular contributor to La Gazzetta dello Sport, Autosport, Motorsport Aktuell and other publications. He provided technical commentary during live broadcasts on RAI and was motorsport editor at Tele Monte Carlo. From 1994 to 2007 he published the yearbook Touring Car World. He joined the FIA in 2001 and acted as Media Delegate, for the European Touring Car Championship (2001-2004), World Touring Car Championship (2005-2014) and European Touring Car Cup (2005-2014).

James has wide-ranging experience as a presenter, reporter, commentator and producer for TV and radio. He produced World Rally Championship scripts and commentary for BBC Television and Radio; contributed to popular programmes such as BBC Grandstand and Top Gear Motorsport; produced and presented Rally GB highlights for BBC Wales; provided specialist writing and video production for WRC and WTCC and worked as Press Officer for the SEAT Sport WTCC team. He has also twice won the Guild of Motoring Writers’ ‘Timo Mäkinen’ award as ‘Motorsport Writer of the Year’ in the UK.

Marcello Lotti, CEO of WSC Ltd commented: “Fabio and Mark have built themselves a solid reputation with worldwide motorsport media and having already worked with them I know with how much enthusiasm they do their job. They form a strong and highly motivated team that will prove instrumental in spreading the TCR message.”