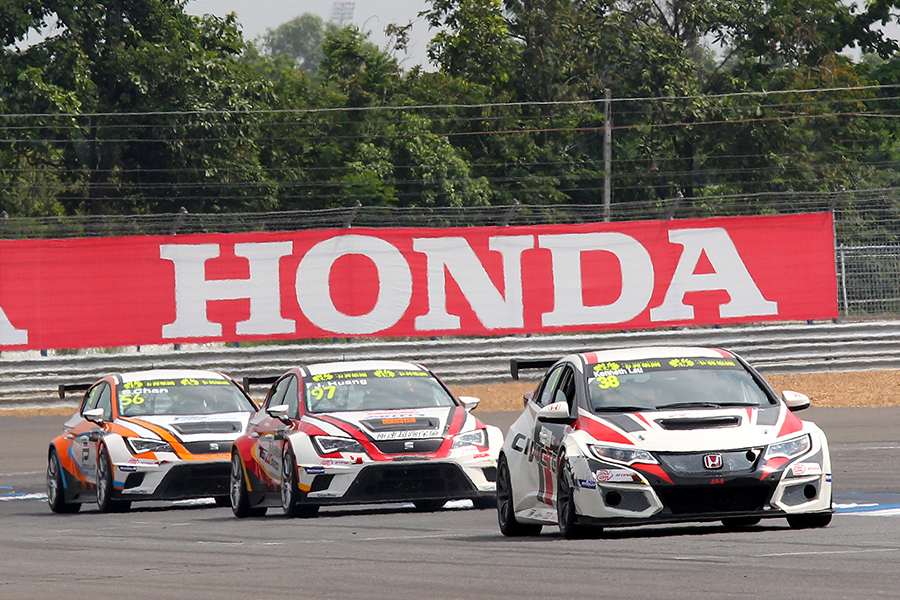 In 2015, TCR Asia was the first regional series to embrace the new concept and ran successfully over four events, with three of them (Singapore, Thailand and Macau) run together with the International Series. Hong Kong’s Michael Choi was crowned the first champion in a Honda Civic of Prince Racing.
The 2016 season will start at the Korea International Circuit with a strong field of entries that includes a number of the leading Asian Touring Car drivers. Eleven cars were entered for the opening round.
The strongest combination appears to be that of the Liqui Moly Team Engstler VW Golf GTI cars, driven by multiple China Touring Car champion Andy Yan and Macau’s Filipe de Souza. The Volkswagen brand will also be represented by TeamWork Motorsport, with Kevin Tse and Hong-Kong-based American Bill O’Brien. 2015 race winner Tin Sritrai will switch from SEAT to a Honda Civic campaigned by Team Thailand, whilst Henry Ho – who was a strong campaigner at Macau at the end of last year – returns in a Honda for Champ Motorsports alongside Michael Ho. The field will be completed by three SEAT cars: Douglas Khoo of Viper Niza Racing and RoadStar Racing’s Terence Tse and Cheong Yu.