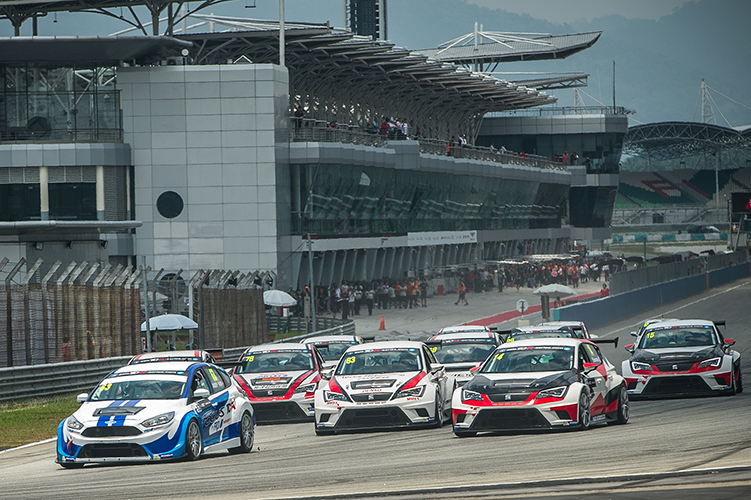 The TCR Asia Series unveiled the calendar for the 2016 season that will include six events against the four that were held during its maiden year.
The championship will kick off at the circuit developed for Formula One in South Korea in (15 May), before heading to Buriram in Thailand (12 June). The third race meeting will take place at Sepang in Malaysia (7 August) before teams are given the opportunity to take part in an invitational event at Marina Bay in Singapore (18 September).
The penultimate round will be held at the all-new internationally classified Zhejiang Circuit in southern China (23 October), before the final round at the Macau Grand Prix (20 November).

“2015 saw the introduction of TCR on a global level, and the formula proved an almost instant success,”WSC Asia Limited’s David Sonenscher explained. “At the same time we introduced the TCR Asia Series, and whilst we always knew it would be a challenge in it’s first year, we saw solid fields and a lot of interest from competitors across the region. Off the back of the first season, we have a strong level of enquiry from teams wanting to be a part of the 2016 series. Again we will join the TCR International Series at Singapore and Macau, however the bulk of our season will be for TCR Asia Series teams alone, which will provide plenty of opportunities for the local stars to shine. We’re expecting an exciting year of growth."