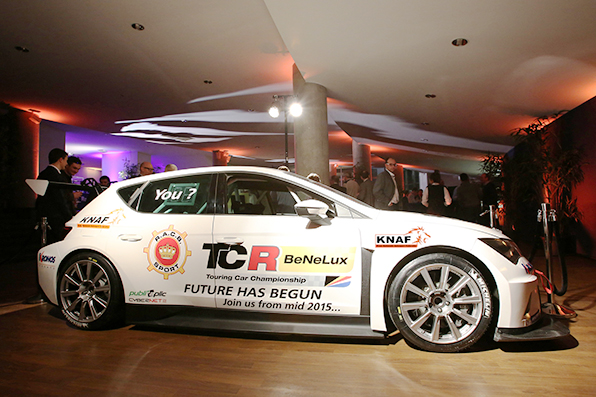 TCR Benelux is set to restore a common Touring Car series over the three countries – Belgium, Netherlands and Luxembourg – for the first time since the Seventies.
The promoter company, Kronos Events, plans to run a single TCR Benelux event in 2015. From 2016 the new series is then expected to visit all the region’s racetracks: Spa-Francorchamps, Zolder and Mettet in Belgium, Assen and Zandvoort in the Netherlands and Colmar-Berg in Luxembourg.

Léon Rijnbeek, responsible for circuit racing at KNAF, the Dutch National Sporting Authority said: “We believe that TCR is set to boost automobile racing at a national level. Close fights between Touring Cars of different manufacturers will definitely ensure a good show! The top Touring Car categories have become too expensive for the national championships; in the Netherlands we have enough teams and drivers to take part in a new and strong series, and with TCR we are confident we have the opportunity to offer spectacular races with full grids.”

Marc Van Dalen of Kronos Events echoed: “We have a number of interesting ideas for tailoring the sporting regulations to the wishes of local drivers and we are confident we can put together a field of 25/30 cars.”