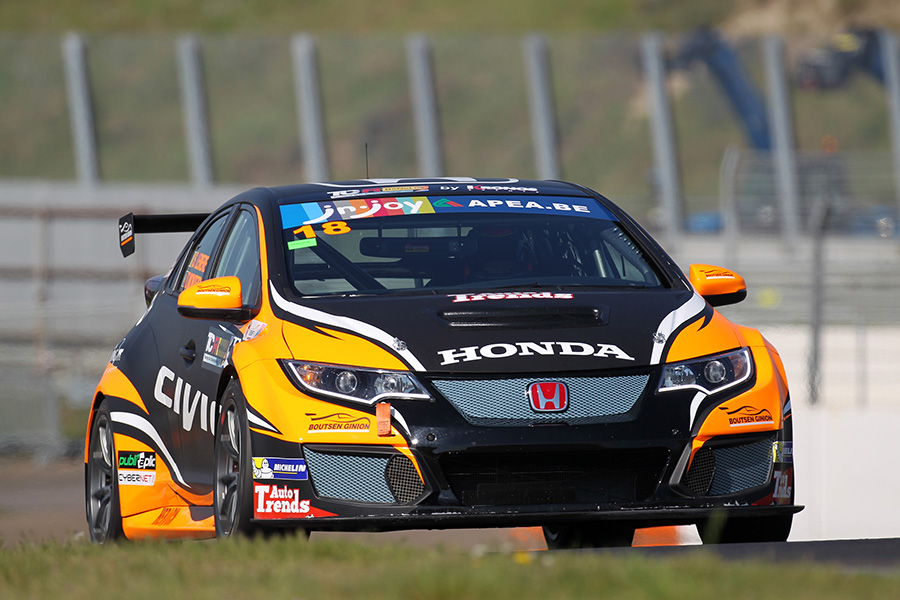 Tiago Monteiro and Stéphane Lémeret in their Boutsen Ginion Racing Honda Civic posted the fastest lap in today’s Practice session at Spa-Francorchamps for the TCR Benelux inaugural event.
Their lap of 2:34.088 was three tenths faster than the 2:34.443 clocked by the Mondron brothers’ SEAT León (Delahaye Racing), while the Volkswagen Golf of Ronnie Latinne and Maxime Potty (WRT) was placed third with a lap of 2:34.479.
Actually Monteiro and Lémeret will start from the pole position in tomorrow’s Qualifying Race, not because of their practice time, but thanks to the votes posted by the fans in the facebook ‘Make the Grid’ contest.
No less than 477 voters posted their preferences and granted the best position to the Honda team, while the second best voted team was the DG Sport Opel Astra of Pierre-Yves Corthals and Fred Caprasse.
The second row of the grid will be filled by the SEAT of the RACB National Team (Dejonghe-Dupont) and the Delehaye Racing VW of van de Poele and de Leval.
The 60-minute Qualifying Race will start tomorrow at 10:50.