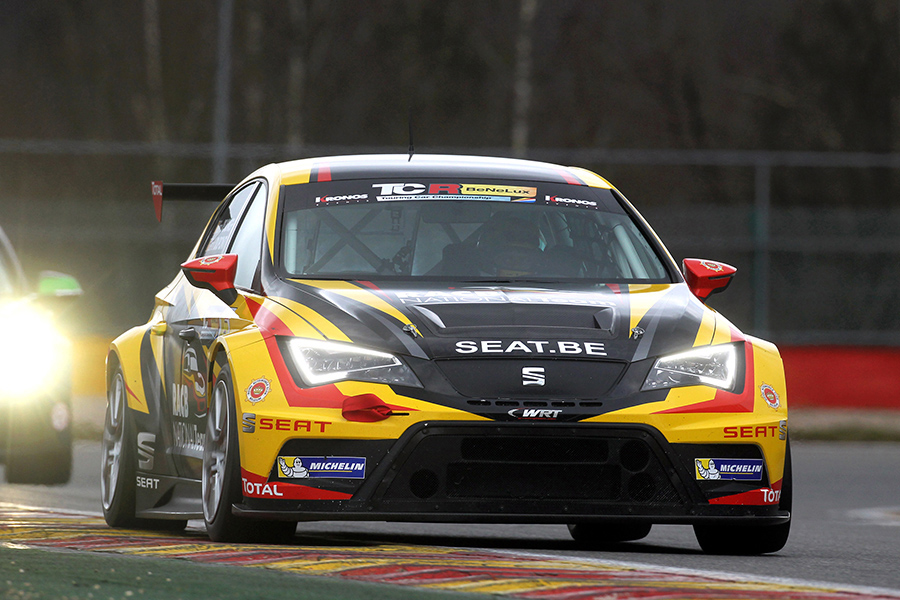 Sam Dejonghe and Denis Dupont, who will contest the TCR Benelux at the wheel of the RACB National Team-livered SEAT León TCR after winning the special competition aimed at promoting young talents, have accomplished their first day of real testing with the car at Spa-Francorchamps.
It was an intense working day for the two young guns and Team WRT, which has been entrusted the preparation and running of the SEAT León TCR.

“This is the first time we could familiarize ourselves with the car in race conditions and it has been a fruitful day,” commented Dupont, while Dejonghe echoed: “It was a very useful session, especially for me who has never raced before with a front wheel drive car.”

The two RACB drivers will continue their preparation with another testing session on 13 April.