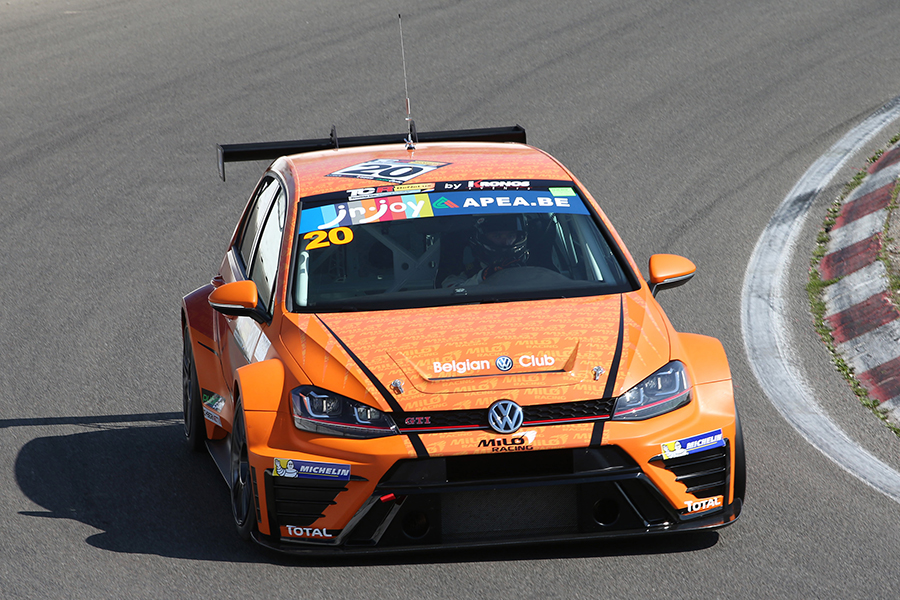 Norbert Michelisz’ Honda Civic (Boutsen Ginion Racing) and Vincent Radermecker’s Volkswagen Golf Gti (Milo Racing) claimed victories in Races 1 and 2 at Zandvoort, for the TCR Benelux second event.
On his guest-star maiden appearance in the series, Michelisz took a comfortable lights-to-flag win. With his teammate and pole sitter Tiago Monteiro eliminated by a turbo failure at the start, Michelisz took the lead and created a gap. He was followed by a quartet of Volkswagen cars that were fighting for the other podium positions.
Eventually Amaury Richard (Delahaye Racing) crossed the line in second place ahead of Vincent Radermecker, Ronnie Latinne (WRT) and Romain de Leval (Delahaye Racing). Benjamin Lessenes recovered from the last position on the starting grid and drove the third Boutsen Ginion Racing’s Honda to sixth.
The field lined up behind the safety car for the rolling start of Race 2 and Michelisz took the lead once again from Richard, Lessenes and Radermecker, while Monteiro was carving his way up from the back of the grid.
For seven laps the leading quartet delivered a close fight, until Richard attempted to overtake Michelisz on the outside line; their cars clashed and Richard’s Golf got stranded onto the gravel trap, prompting the safety car, while Michelisz dropped to third behind Lessenes and Radermecker.
The race resumed for the final lap and Radermecker dived inside Lessenes at the Tarzan bend, taking the lead for good. The Belgian won from the Boutsen Ginion Racing’s duo of Lessenes and Michelisz, while Latinne and de Leval beat Monteiro on the finish line to claim fourth and fifth. Monteiro was later dropped to 11th due to a penalty for a starting procedure infringement.
The SEAT contingent was never on the pace with the Honda and Volkswagen cars; Guillaume Mondron (Delahaye Racing) drove the best of the Spanish machines to seventh in both races.
Races 3 and 4 will take place tomorrow afternoon at 16:20.