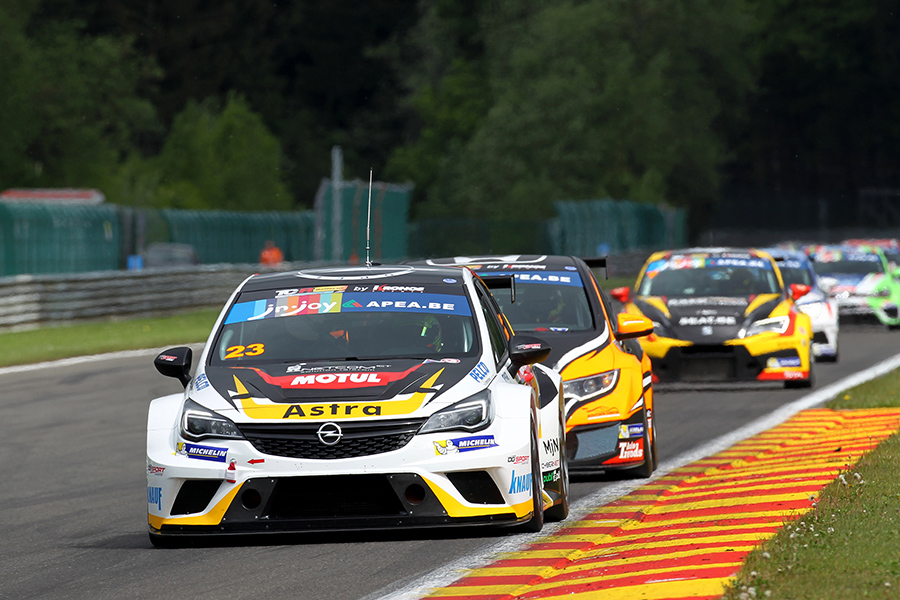 After starting from the pole thanks to the ‘Make the Grid’ votes, Tiago Monteiro and Stéphane Lémeret won the 60-minute Qualifying Race at Spa in the TCR Benelux inaugural event. However, the duo at the wheel of the Boutsen Ginion Racing Honda Civic TCR had to face a strong opposition from the DG Sport Opel Astra TCR of Pierre-Yves Corthals and Fred Caprasse that led until the mid-race pit stop and also set the fastest lap.

Corthals was the quickest at the start and took the lead ahead of Lémeret. The Honda driver managed to move back at the front during the first lap, but Corthals overtook him again and led the race until the mid-race pit stop.
Behind them the SEAT cars of Dupont and Guillaume Mondron were in a close fight with the Volkswagen cars of van de Poele, Richard and Latinne, and the Honda of Kuppens.
After replacing Corthals, Caprasse was able to keep the lead for a while, until Monteiro (who had took over from Lémeret) overtook him for good and pulled away. Caprasse was able to finish second despite some gearbox issues, while de Leval claimed third position in the Golf he shared with van de Poele.
Tomorrow the TCR Benelux competitors will take part in four 20-minute sprint races.