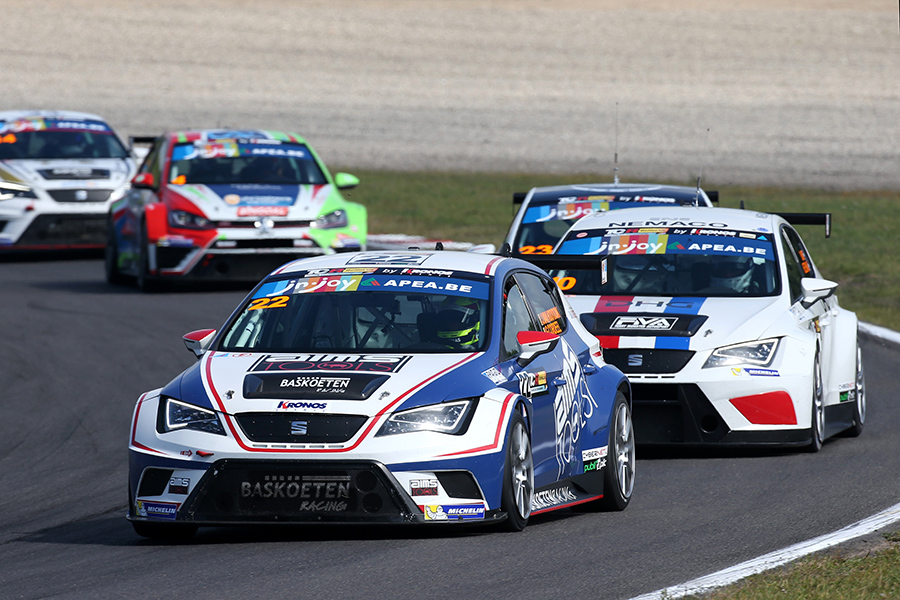 The SEAT cars struck back and claimed two 1-2 finishes in the seventh and eighth rounds of TCR Benelux at Circuit Park Zandvoort in the Netherlands. After struggling yesterday to stay on the pace with the Honda and Volkswagen car, today the Spanish machines led the field twice for the whole distance. And it was a great day for the Dutch teams Bas Koeten Racing and Ferry Monster Autosport that took one victory and one second place apiece.

In Race 3, Jeffrey van Hooydonk (Bas Koeten) surprised pole sitter Loris Hezemans (Ferry Monster) and took the lead. Two groups of cars were in close and exciting battles. Van Hooydonk and Hezemans were chased by Pierre-Yves Corthals’ DG Sport Opel Astra. Behind them Dénis Dupont (RACB National Team SEAT León), Alexis van de Poele, Didier van Dalen (both Delahaye Racing Volkswagen Golf) and Bas Schouten (Bas Koeten SEAT León) were fighting for fourth place. This quartet became a quintet for a while, when Renaud Kuppens (Boutsen Ginion Racing Honda Civic) joined. However, Kuppens, who had started from the back of the grid, was given a drive through for a starting position infringement.
On lap 4 Corthals overtook Hezemans and began to put pressure on van Hooydonk; they even made contacts, but the leader did not open any gap. Eventually, on the last-but-one lap Corthals made a mistake and Hezemans retook the second place for good. Van Dalen won the battle for fourth place, while Dupont and van de Poele made contact on the last lap.

Race 4 – At the restart behind the safety car, van Dalen tried to overtake van Hoodonk on the outside line at the Tarzan bend; they classed and van Dalen’s Golf spun off. A few moments later Dupont punted Kévin Balthazar (Milo Racing Volkswagen Golf) into a spin and received a drive through for the incident.
On the second lap van Hooydonk drove wide at the Tarzan bend and dropped behind Hezemans and Corthals. On the following lap Corthals too made a mistake and dropped to 12th. This left Schouten and Kuppens fighting for third; they clashed once at the chicane an then again at the following Hunserud bend; this time Schouten lost control and crashed heavily. The incident prompted the safety car that remained on track until the end of the race that was won by Hezemans from van Hooydonk, while Mathieu Detry (Ferry Monster Autosport SEAT León) provided the icing on the cake for the Spanish make by finishing third.
At the end of the weekend, Séphane Lémeret (Boutsen Ginion Racing Honda Civic), stretched his lead in the championship to 74 points ahead of the pairing van de Poele and Romain de Leval. Lémeret finished seventh and sixth in today’s races, but benefitted from the points scored yesterday by his occasional co-driver Norbert Michelisz who claimed on victory and one third place.
The championship will resume on 20/21 August at Zolder.