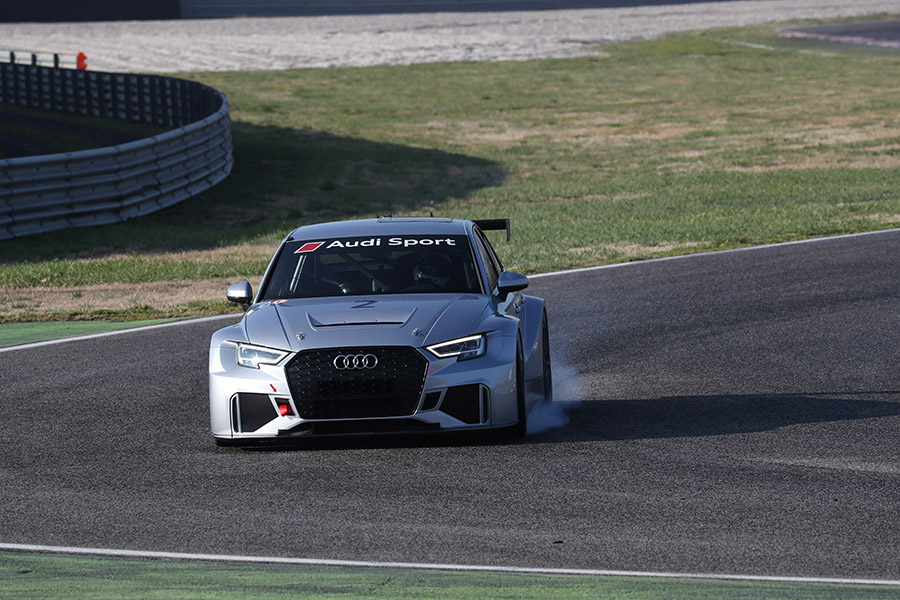 TCR official testers Nicola Larini and Andrea Belicchi worked hard for two days while testing the twelve cars that entered the Balance of Performance test at Adria International Raceway.
The first day was dedicated to the performance test, consisting of a five-lap timed stint on the track, with all the cars running on the minimum weight of 1285 kilos, except for the 1.6-litre Peugeot 308 that benefited from a 100-kg reduction.
On the second day the TCR technical department focused on tests for evaluating the cars’ aerodynamics and fluency; in this case, the cars accelerated and were left rolling in neutral on the pit straight.
During both days the cars were placed in turns on the rollers of the dynamometer bench to measure dissipation of power, shaft-power, shaft-torque and boost pressure.
The racing cars are currently on their way to Grugliasco, where drag and lift coefficients will be measured in the Pininfarina wind tunnel on Friday.
The BoP results will be published by the middle of March.

A selection of pictures is available here.