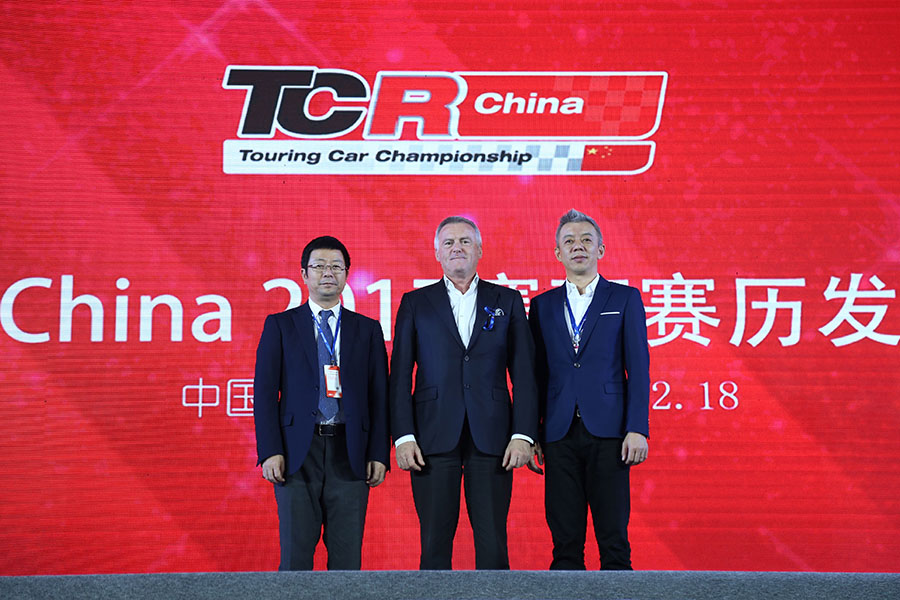 Shanghai Lisheng Racing Co. Ltd.promoter of the successful China Touring Car Championship has launched a TCR China series that will begin in 2017. The announcement was made today at the Auto Sport Industry Expo at Shanghai.
The new series is the 15th that has adopted the TCR regulations at International, Regional and National level around the world. It will be held over five race meetings, with two of the five run in conjunction with the TCR Asia series and one with the TCR International Series.
A non-championship invitational event will be held at Macau.
TCR promoter Marcello Lotti commented: “I am thrilled by the fact that a TCR China series will kick off next year. I am especially grateful to Shanghai Lisheng Racing for being able to give concrete form to the idea that together we have pursued over the last two years. The fact that such a successful promoter has decided to join the ever-increasing TCR family makes us extremely proud!”