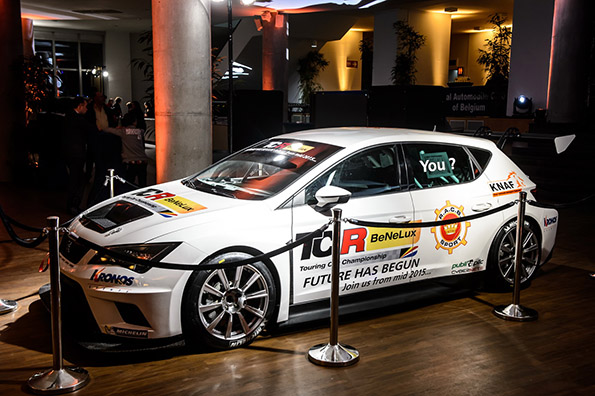 Belgium’s National Sporting Authority, RACB, will offer a full programme in the 2016 TCR International Series for a young driver.
In 2014,two ‘Steering Wheel’ competitions were organized by RACB National Team in Belgium. Gino Bux was the rally winner, while victory in the racing category went to Dries Vanthoor. For 2015 a new competition will be run for Touring Car competition.
The winner will be integrated into the RACB National Team and will enter the TCR International Series in 2016 in a car that is yet to be determined.

“Our primary purpose is to detect young talent and help them progress,”said Geoffroy Theunis, manager of the RACB National Team. “In the recent past, we have helped Thierry Neuville to reach the elite of the World Rally Championship while Stoffel Vandoorne is well on the road to F1. But we do not want to rest on our laurels and will give a chance to a young Touring Car driver. Today, many talented young people either cannot afford to compete, or possibly they can only afford to compete for a short time. It is precisely these drivers that we are targeting in our next competition.”