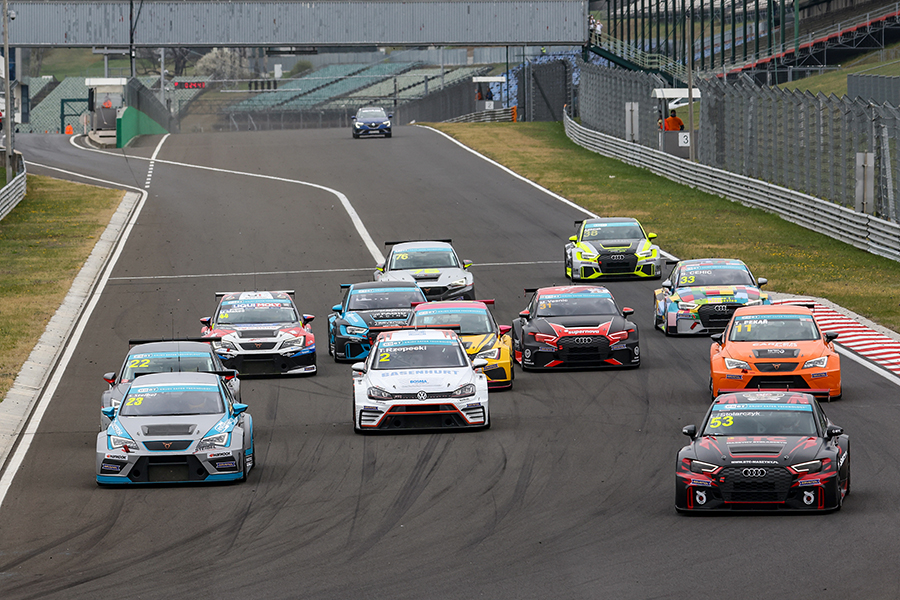 The second race meeting of TCR Eastern Europe takes place this weekend at the Slovakia Ring, three weeks after the season kicked off at the Hungaroring, where Tomáš Pekař won both races.
At the wheel of his CUPRA run by Carpek Service, the Czech driver built a 21-point lead in the standings ahead of his fellow CUPRA colleague Michal Makeš of Micanek Motorsport.
The 2019 champion Milovan Vesnić (ASK Vesnić, Audi RS 3 LMS) currently lies third, 26 points off the leader, while Łukasz Stolarczyk (BTC Maszyny, Audi RS 3 LMS) is only one further point behind.
Two Slovak drivers join the field for their home event: David Němček races in a CUPRA entered by the ARC Bratislava Team and run by Zengő Motorsport, while Miro Horňák replaces Petr Fulín jr. at the wheel of one of the Hornak-Aditis-run Audi RS 3 LMS cars.
Both races will be streamed live at www.tcr-series.com; Race 1, Saturday at 13:10; Race 2, Sunday at 11:45 (local time/CEST).