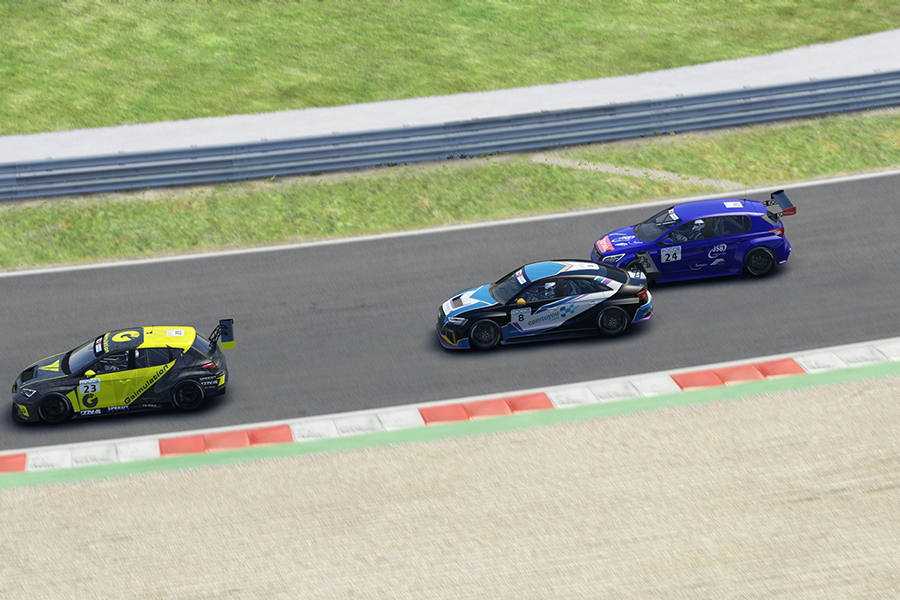 The TCR Europe SIM Racing’s second event gets underway today at 19:00 (Central European Time) on the virtual circuit of Red Bull Ring.
Dániel Nagy returns to defend his leadership in the standings after he won both the opening races in his digital BRC Racing Team Hyundai i30 N. Nagy also set pole position and so scored the maximum 90 points on offer, building a 17-point lead over his fellow Hungarian countryman Bence Boldizs (Zengő Motorsport CUPRA), third in the standings is another Hungarian, Támas Tenke (Tenke Motorsport CUPRA) who lies 35 points behind the leader and one point ahead of 2018 TCR Europe champion Mikel Azcona (PCR Sport CUPRA).
For today’s races, the field raises to 26 cars with the addition of Luca Filippi in a third BRC Racing Team Hyundai that adds to Nagy’s and Mat’o Homola’s.
Action will begin with a 20-minute Qualifying that will form the grid for Race 1 that will start immediately after the end of the session. Race 2 will follow back-to-back with the grid based on the results of Race 1, with the first 12-classified drivers in reversed order. Both races will be run over 13 laps.
All action will be streamed live Saturday on TCR Youtube channel, TCR TV, TCR Facebook page, TCR Europe Facebook page, and delayed on TCR Twitch channel.
The series is realized by TCR Euro Series Ltd. in partnership with DrivingItalia.net.