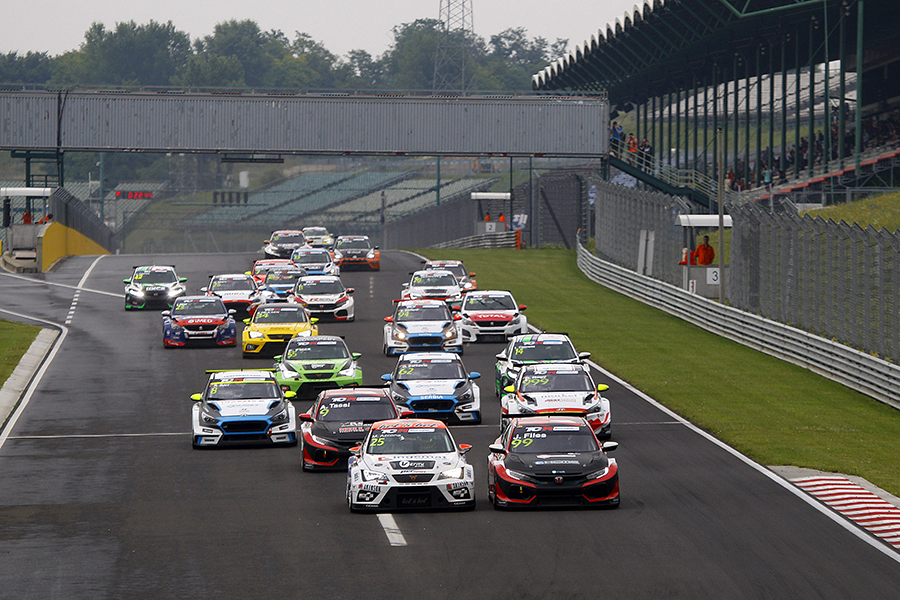 The TCR Europe Series has unveiled its 2019 calendar that will consist of seven events, just as in 2018 and a new point scale for the top-15 drivers classified in each race.
The season will kick off at the Hungaroring on the last weekend of April and will come to an end in October at Monza.
The circuits of Spa-Francorchamps and Barcelona-Catalunya have been retained as well, while the Austrian Red Bull Ring and Germany’s Oschersleben Motorsport Arena have been added to deliver an attractive set of racetracks.
The seventh venue, that will host the series’ second event in April, is in the Netherlands and the name of the circuit will be announced in due course.
Continuing with the pattern that was successfully introduced in 2018, five events of the TCR Europe Series will be also valid for the TCR Benelux series. On top of this, the Spa-Francorchamps race meeting will also count towards the TCR UK championship, while the new TCR Eastern Europe series will join the grids in Hungary, Austria and Italy.

Promoter Paulo Ferreira commented: “We were delighted to see that the series’ inaugural season was so successful, attracting some of the best Touring Car drivers and teams from all over Europe. We are confident that it will grow even further in both quantity and quality next year, especially with the addition of visits of competitors from TCR Benelux, TCR UK and TCR Eastern Europe. We will also continue to encourage the TCR national series to run selected events together with TCR Europe.”