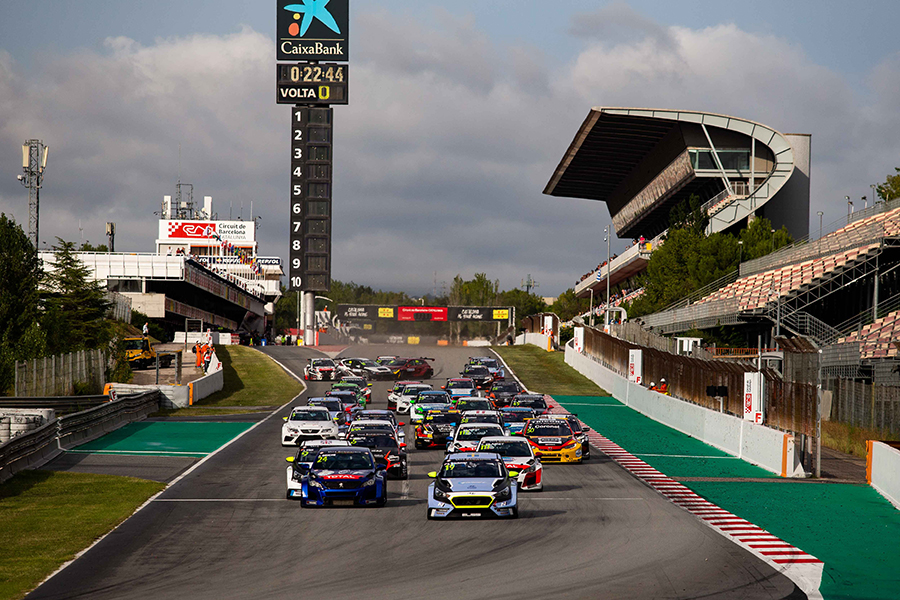 The TCR Europe Series has unveiled its 2020 calendar that will consist of seven events, just as in the two previous seasons.
The season will kick off at Spa-Francorchamps on the first weekend of May and will come to an end in October at Barcelona. In Belgium, TCR Europe will be part of the TCR Spa 500 event and will race on Friday and Saturday.
The series will then visit the Red Bull Ring and Oschersleben, while the fourth event will be at Le Castellet as part of the ELMS weekend.
After the summer break, TCR Europe will resume at Zolder, sharing the bill with the FIA European Truck Championship, while the two last events will take place at Monza with the GT Open and Barcelona with the Blancpain GT Series.

Promoter Paulo Ferreira commented: “The large participation and the level of competition we enjoyed in 2019 proved that the format works well, which is why we have stuck to the seven events on an attractive set of racetracks. At Spa, for the first time the series will share the bill with an endurance race for TCR cars, and we hope that some of our teams and drivers will be willing to try the experience of a long distance race. Another important addition is the event at Zolder with the FIA European Truck Championship that will provide another opportunity of racing in front of a huge crowd. We have also worked on the Sporting Regulations with the aim of improving the series under all the aspects, from the management to the racing itself.”

Amongst the new features: the race distance will change from 23 minutes plus one lap to 55 kilometres, the first two laps behind the safety car will be added to the race distance, the number of full season entries will be limited to 30.
The deadline for the entries has been fixed to April 12th.