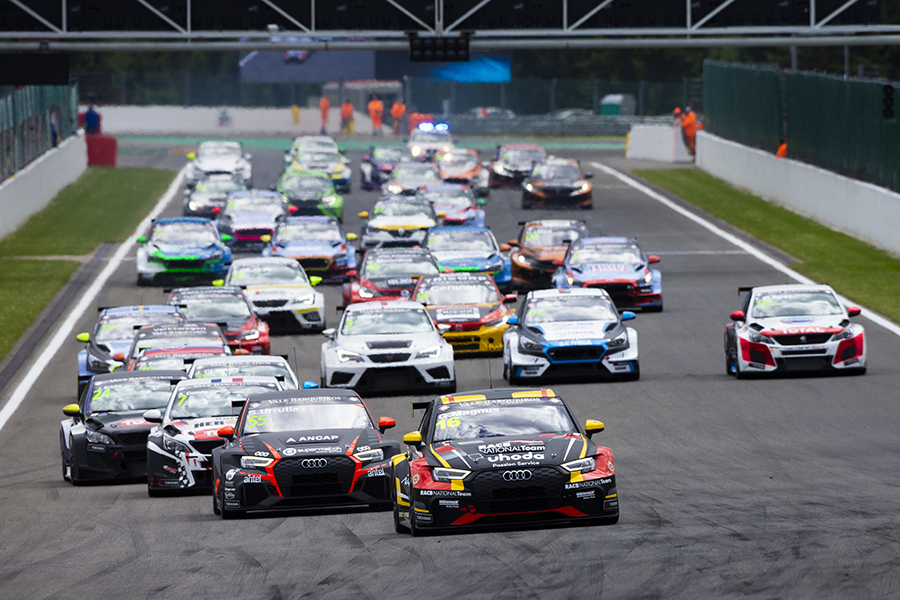 The TCR Europe Series resumes at the Red Bull Ring, in Austria, for rounds 7 and 8.
In all the previous three events of the season, Julien Briché managed to win the second race and took the advantage in the standings. At the wheel of his JSB Compétition Peugeot 308, the Frenchman has scored 147 points so far, 13 more than Gilles Magnus in the Comtoyou Racing Audi RS 3 LMS. Another Peugeot driver, Aurélien Comte of DSG Compétition, is currently third with a gap of 24 points.
Target Competition’s Josh Files and Mat’o Homola are the best-placed Hyundai drivers in fourth and fifth positions, 32 and 40 points behind Briché respectively.
For this event, the series’ field shrinks to 29 cars, as JSB Compétition’s lady drivers Marie-Baus Coppens and Lilou Wadoux will not make the trip to Austria and so will do Abdulla Ali Al-Khelaifi of QMMF Racing with PCR.
There is also a change of driver at Clairet Sport where, as it was planned, Gilles Colombani replaces Stéphane Ventaja in the team’s third Peugeot car.
The scale of the Compensation Weight for this event is topped by the Peugeot 308 with 60 kilos, ten more than the Audi RS 3 LMS and the Volkswagen Golf GTI cars and twenty more than the Hyundai i30 N. The CUPRA and Renault Mégane RS have no CW on board.
With the CW added to the BoP ballast, the resulting running weights are: 1325kg Hyundai, 1305kg Audi, 1295kg Peugeot, 1285kg Honda and Volkswagen, 1235kg CUPRA and Renault.
The two races will be streamed live at www.tcr-series.com and www.tcr-series.tv.