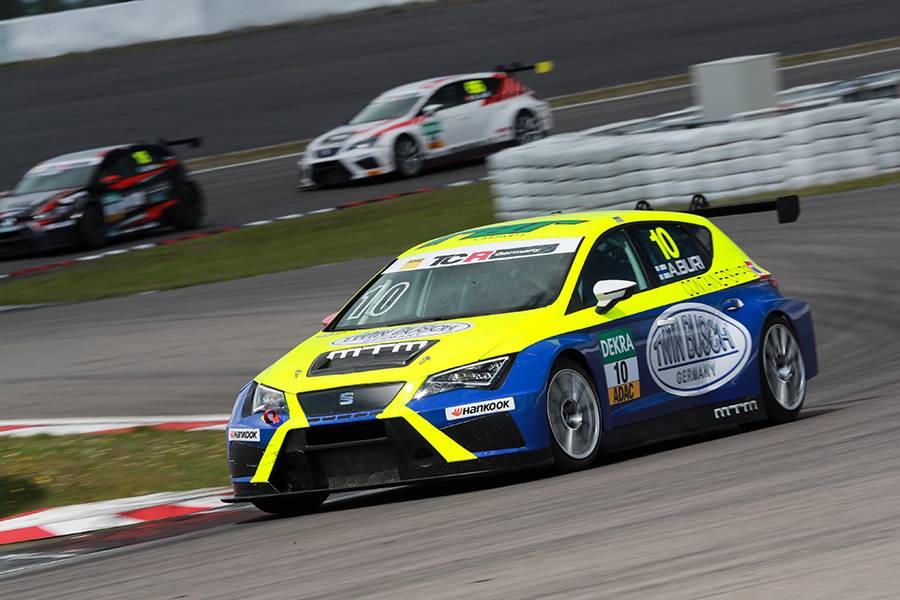 Antti Buri (LMS Racing) won the second race at the Nürburgring, after a close fight with Mike Halder (Liqui Moly Team Engstler); they offered SEAT a 1-2 finish in the TCR Germany’s tenth round.
Championship leader Josh Files (Target Competition) finished third in his Honda Civic, overtaking the sister car of Steve Kirsch (ADAC Sachsen) on the last lap.
Buri took the lead at the start from Halder, Benjamin Leuchter (Racing One Volkswagen Golf), Kirsch, Mario Dablander (Wolf-Power Racing SEAT León), Files and Jordi Oriola (DG Sport Opel Astra). Oriola’s teammate Pierre-Yves Corthals was eliminated after a collision at the first turn.
Halder overtook Buri on lap 2 and they kept on fighting until lap 12, when Buri retook the lead for good and build a comfortable margin.
Behind them, Oriola and Files were in an exiting battle for fourth position; they swapped places several time until Oriola retired on lap 9. Afterwards, Files closed the gap on Kirsch and eventually overtook him on the last lap to secure third position.
Files has further stretched his leading margin in the championship that is now of 49 points ahead of Harald Proczyk (HP Racing) who remained scoreless throughout the weekend, while Kirsch lies third with a gap of 60 points.
The ADAC TCR Germany will resume in two weeks at Circuit Park Zandvoort, Netherlands, for round 11 and 12.